Steak is a favorite on this blog. In our quest for continued temperature mastery, we cook and eat a lot of steak here at ThermoWorks. So when I say that the steak we will present here is the new favorite steak of many who ate it, I hope it carries some weight.

What steak is so good that it becomes the go-to for a bunch of hard-nosed steak devotees? Classic steak au poivre. Steak au poivre, rendered to English as pepper steak, is a steak that is not only seasoned with pepper, but is literally coated, crusted in black pepper. It has so much pepper, that you’re bound to think “that’s too much pepper!” It isn’t. In fact, the warm buzz of pepper on the tongue and the lips after eating this steak is part of what makes it so addictively delicious.

In this post, we’ll give you the temps you need to make a perfect steak au poivre that will—I suspect—also become your favorite.

What is steak au poivre?

Steak au poivre is a classic dish that consists of a steak crusted in coarsely cracked black pepper, then seared in a pan with clarified butter, and served with a pan sauce made with shallot, cream, and brandy.

The dish has endured because it is at once richly decadent and yet also well balanced. The beef (we used a strip steak, which is common for this dish) and the cream sauce are luscious and rich. In fact, they are so rich that they call for balance, and balance is delivered by all that pepper. The sharp, bright pungency of the cracked pepper cuts through the heaviness that would otherwise be stifling. The result is a dish that provides luxurious, comforting flavor and mouthfeel with supreme eatability.

For this cook, we want a pan that is slightly cooler than we usually think of for searing a steak. Often, we want a pan at 450°F+ (232°C+), but we want this pan more in the range of 325–400°F (163–204°C). A rocket-high temperature will scorch the peppercorns, leaving you with a coating that tastes more like ash than pepper. You can use an infrared thermometer to keep track of your pan’s temperature, or let the butter pool to one side and check it with your Thermapen® ONE. 2

Traditionally, steak au poivre is served either rare or medium-rare, with final temps at 120–130°F (49–54°C) for rare and 130–135°F (54–57°C) for medium-rare. As these steaks are cooking on direct, high heat, they will carry over. In fact, we found that with the flambé step the steaks carry over even more than usual.

Did I not mention the flambé? Yes, once the steaks reach a temperature about 15°F (8°C) below your target finish temp (use Thermapen ONE to check it), remove the pan from the stove, pour an ounce and a half of brandy over the steaks inside of it, and ignite it by tipping the edge of the pan towards the flame. The suddenly-heated alcohol will fairly explode into a flame for a few seconds and then continue to cook out. The steak should be about ready to pull by the time the brandy is au sec, or mostly dried out.

See, the flambé adds very little heat to the steaks themselves. But for those few seconds, while the brandy is flaming, there is zero heat loss within the steaks. That short period without any cooling seems to jump the temp forward a few degrees, getting you done faster than expected.

Now, you obviously should not do this if you have, say, anything flammable hanging from the ceiling. If setting off a medium-sized fireball in your kitchen isn’t safe, then don’t do it. Instead, turn off the heat, pour the brandy over and let it boil out with the pan’s residual heat.

WARNING: Do not attempt the flambé without a fire extinguisher close at hand.

The sauce for steak au poivre is simple in its composition and easy in its execution, but magnificent in its final result.

After the steaks have flambéd, they are removed from the pan. Any pepper that escaped the grip of the steaks—possibly a lot of pepper—is left in the pan. A shallot, minced, is added to the hot oil, as is a sprig of thyme. Once the shallot has softened, cream is added to the pan and brought to a simmer until the desired consistency is reached. Finally, a tablespoon of cold butter is stirred in to give the sauce a nice gloss. That’s it. The beef juices, the brandy, the pepper, cream, and shallots—they all mingle together to make a sauce that is 5-star restaurant-worthy, but it only takes minutes to make.

I always have such a fun time cooking classic dishes like this. There’s a sense, to me, of cultural nostalgia in repeating something as established as this, and in making it my own. I also love it because this dish is knock-out delicious. Make it for company that you want to impress. Make it for family to show them you love them. Make it for yourself because you can! Pay attention to those critical temps and you’ll be rewarded with pink, juicy, steak swathed in flavor and sauce unlike any you’ve had before.

Oh, and I absolutely suggest using this recipe as the steak in steak frites. Cook up a batch of golden, crisp fries to have alongside the steak. Do dip your fries in the sauce. Like I said, it’ll be your new favorite. 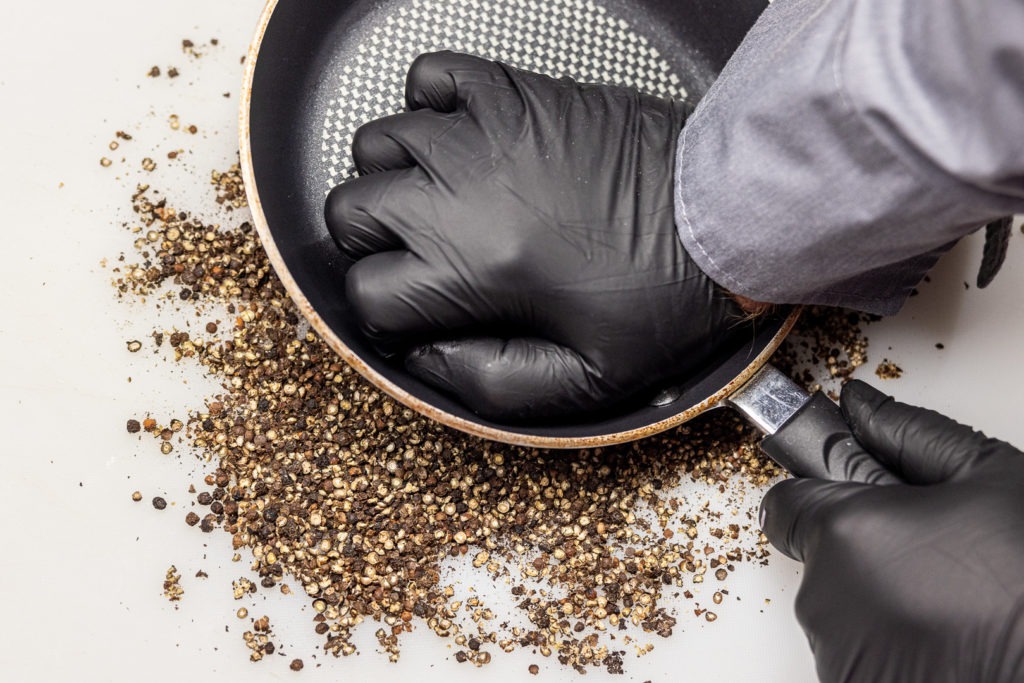 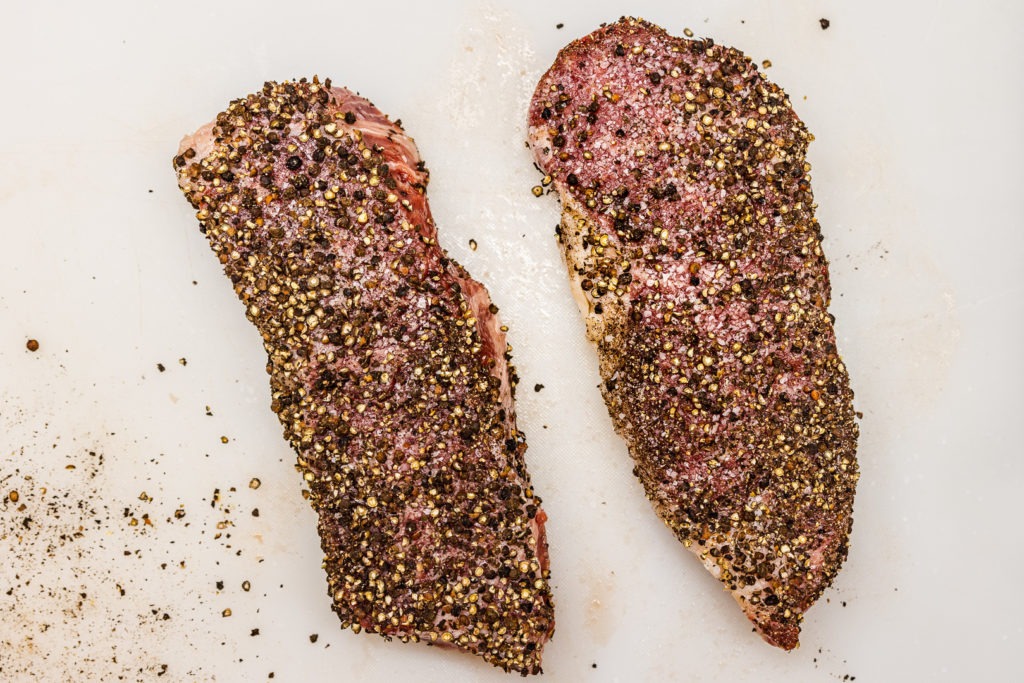 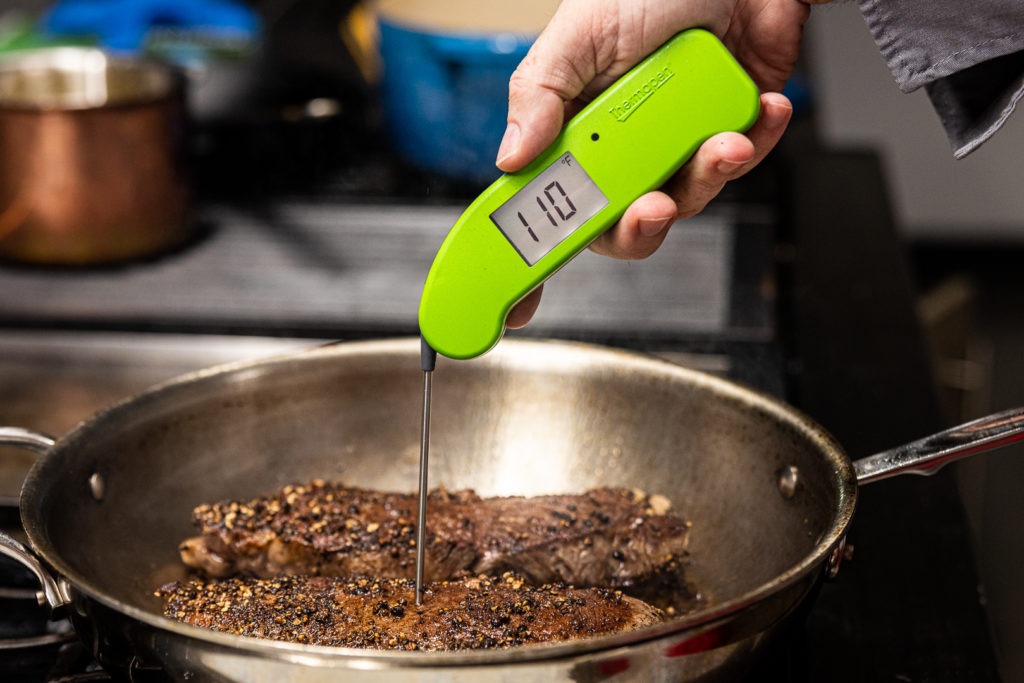 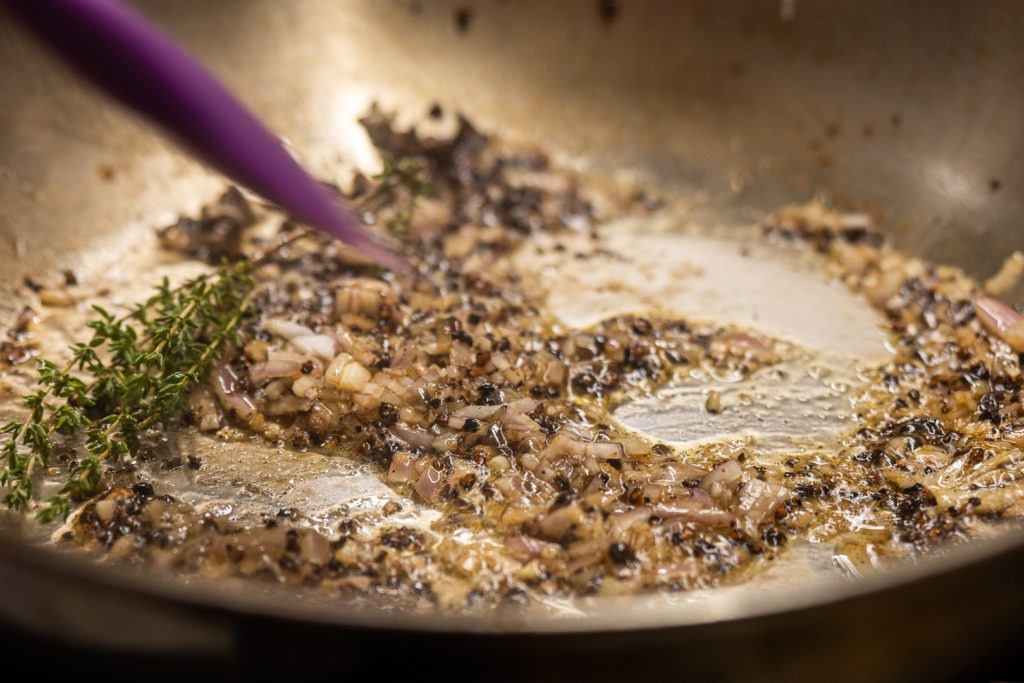 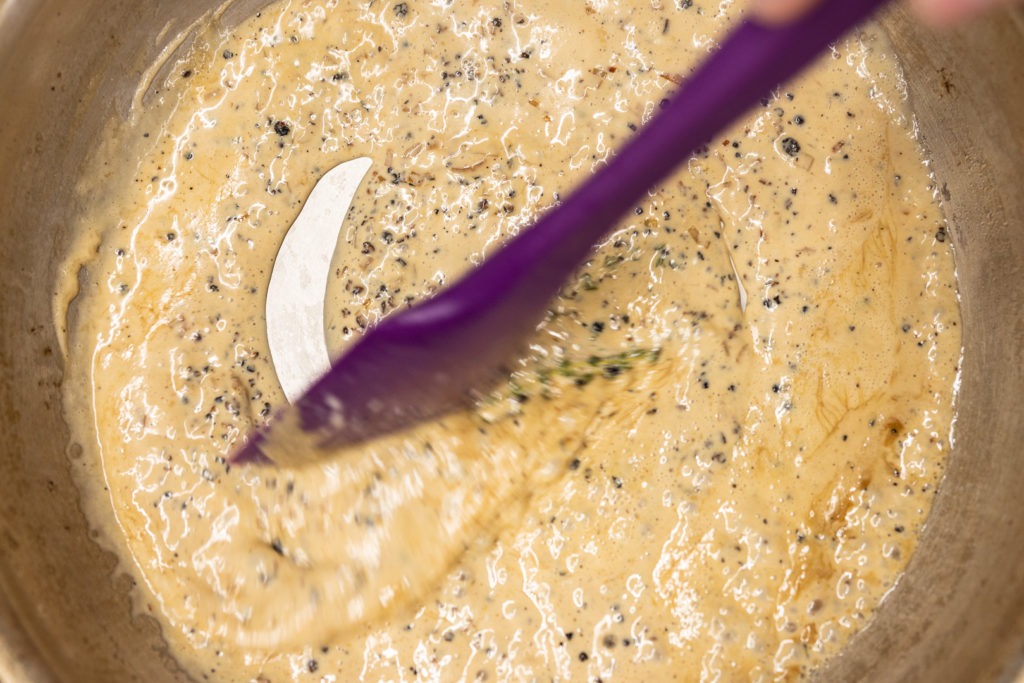 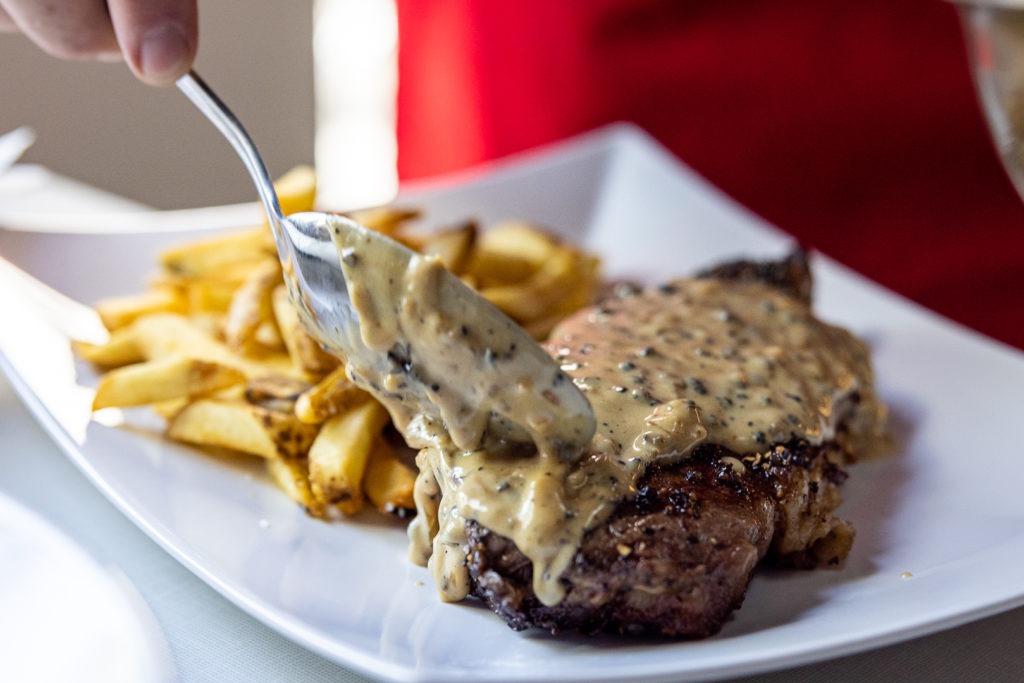