If you’re cooking burgers for the 4th of July this year, I have a suggestion: smash them!

Smash burgers are arguably one of the best ways to prepare a burger, and their rising popularity is a testament to their quality. Restaurant chains that specialize in them are growing rapidly (the style seems to have emerged in the Great Lakes region, but documentation on that is sketchy). And it is no wonder, because they are good.

Now, it is true that you can’t cook them directly on a grill, but that doesn’t mean you can’t have them for your celebratory cookout. Just take your cast iron out to the grill and cook in the fresh air. Of course, you will need to temp your burgers to make sure they’re done perfectly, but with a fast and accurate thermometer, that’s no problem. Let’s take a look.

What are smash burgers?

A smash burger, for those that don’t know, is a hamburger, usually with cheese, that is made with very thin beef patties (made thin by pressing on the cooking surface) that have been cooked on a griddle or flat top.

You may be wondering why this version of a burger gets its own name. That’s a fair question, and one with an easy answer. When griddle cooking thin patties like these, you end up with a larger proportion of tasty, crusty Maillard browning per patty than you would get from thicker, meatier burgers. And if you’re making cheeseburgers, it’s also a higher proportion of cheese to meat. Add to those tastier proportions a drastically reduced cooking time, and you’ve got yourself a real contender for best burger.

How to make smash burgers at home

To make a smash burger, start with a ball of ground beef that is just larger than the size of a golf ball (about 2 ounces is just right). Season each ball with salt and pepper, and set them on a hot cast-iron griddle. As soon as they’re in the pan, smash them flat with a firm spatula, pressing down on its surface with a rolling pin or some other sturdy object. Cook just until the crust forms on one side, then flip and finish the patties to a food-safety temp of 160°F (71°C).

Won’t smashing my burgers dry them out?

Many people have learned that it’s not good to press down on your burgers while they cook, because doing so expels juices from them. Smashing them flat and thin then sounds like a recipe for dry, gross burgers. Not so! As Kenji has shown, it’s exceedingly hard to press juices out of uncooked meat. It’s only once the proteins start to coagulate and the fats start to render that the juice gets loose inside a patty. If you smash your burgers right when you put them in the pan, they’ll cook as if they had always been that shape and won’t experience any extra juice loss.

Making smash burgers on the grill

Because of the amount of grease splatter that happens when you make smash burgers, it’s a fantastic idea to griddle them outside on your grill. If your grill has a flat-top attachment, all the better, but you can just as easily take your cast iron skillet outside and heat it on the grill over a hot pile of coals to do the cooking. There’s less cleanup, and your house won’t smell like rendered beef fat for the next week—not that there’s anything wrong with that.

I love making these amazing burgers at home. The flavor is unbeatable and they take so little time to make. Cooking them outside so I don’t have to degrease my stove and countertops is even better! Give them a try this weekend with your Thermapen to guide you and you’ll love the results you get. Smash those burgers!

You will need a flat spatula without holes in it and a rolling pin or heavy pushing object of some kind. 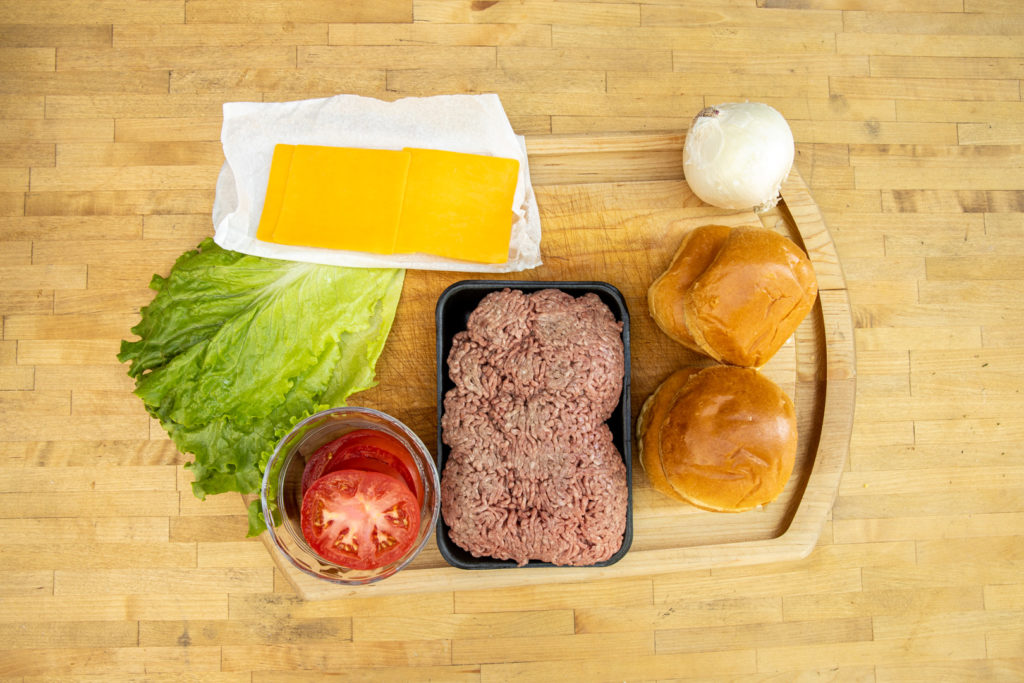 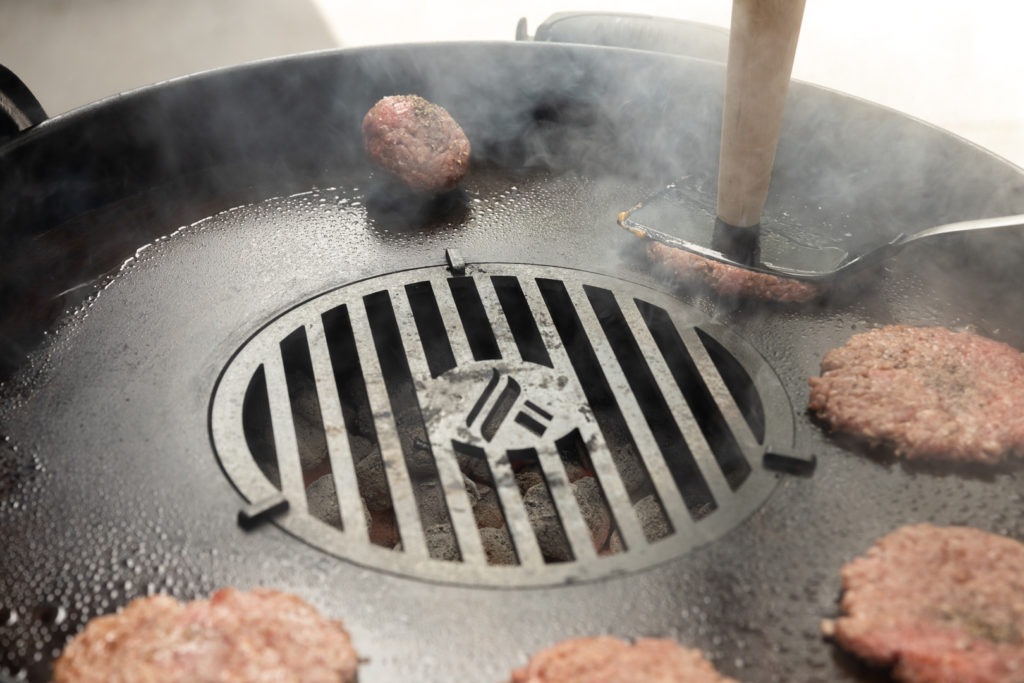 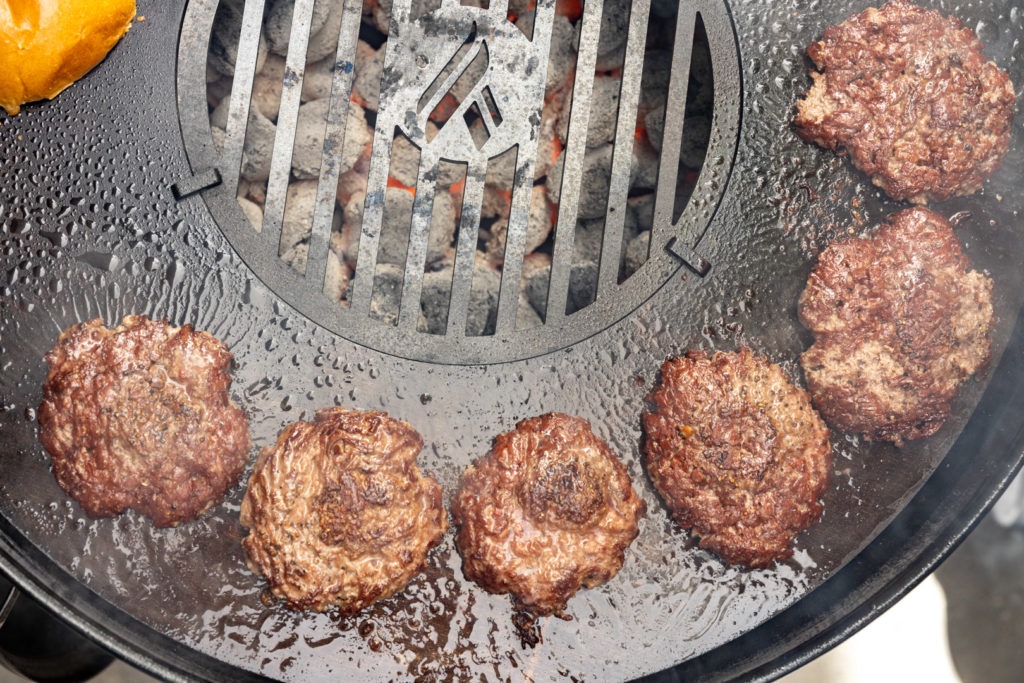 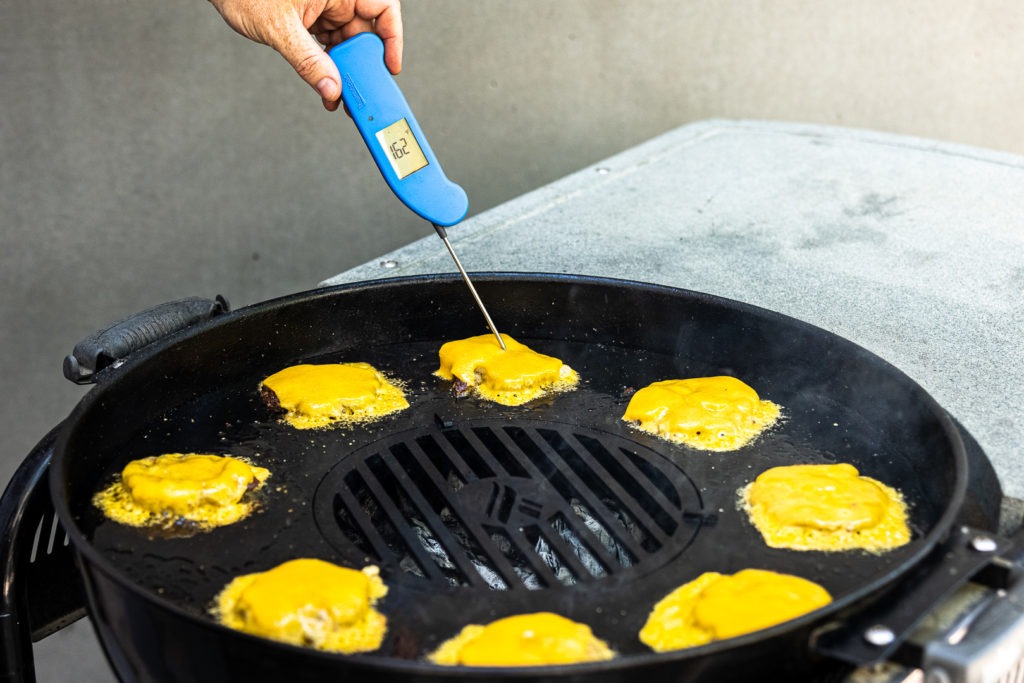 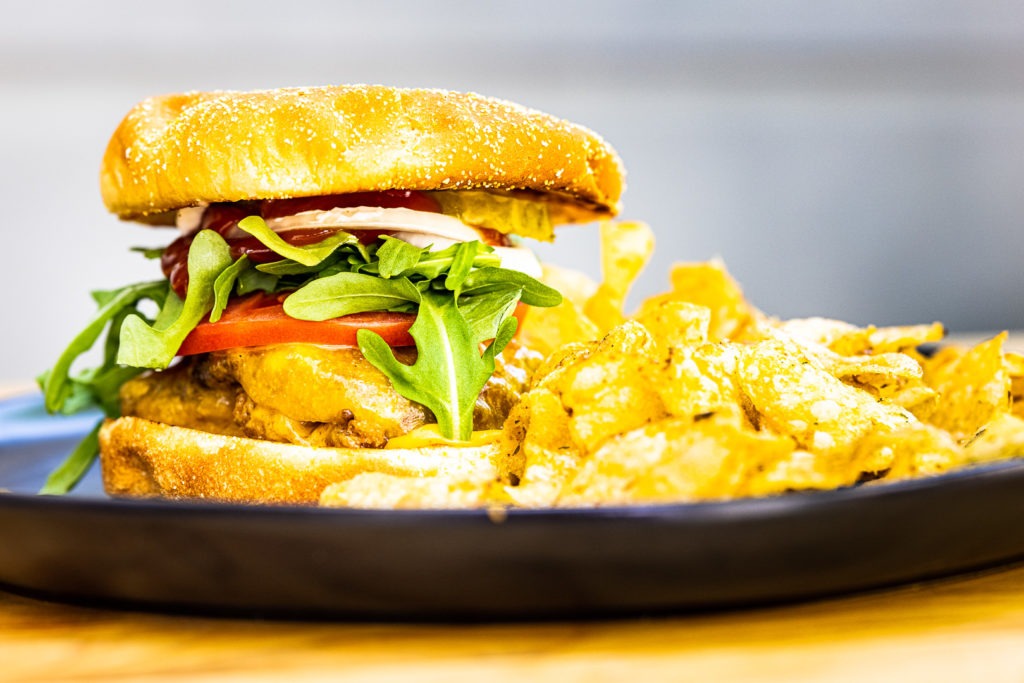 For more on cooking burgers right, check out our guide to perfect grilled burgers…that aren’t smashed.