Can we talk for a second about home food? We write a lot here about various kinds of foods, various dishes. We often write about what could be called “restaurant food” that you can make at home. Pho comes to mind, as goes General Tso’s Chicken. And while all the barbecue we cover is certainly food from home, for a majority of Americans, BBQ is restaurant food—ribs, brisket, sausages. But there are dishes that we also love to cover that are decidedly home foods. These are classics that are comforting, and often simple. They evoke family and memory. Yes, you may find them while dining out, but they will be in imitation of what you get at home. Meatloaf comes to mind. Meatballs, too. Or how about stuffed peppers?

Stuffed peppers are about as homey as it gets: warm, well-seasoned meaty filling ensconced in sweet-and-savory bell peppers. Served with a side of mashed potatoes, buttered noodles, or even just good bread, they’re good enough to restore you in any weather, after any work. Is there a way to make them better? Yes! cook them properly! Here, we’ll go over the temps you need to make perfect peppers for your family to get you through the winter, or even just the weeknight. Read on to learn more!

Stuffed peppers are a blank canvas. The name says it all! You can stuff them with anything you like. You can use seasoned rice, or sausage, or pre-cooked meat. You can go with Mediterranean flavors, Eastern European flavors, or Asian flavors. We have elected to provide a recipe for a raw-meat stuffed pepper (don’t worry, we’ll cook it) that draws heavily on Southern Italian flavors.

We like recipes that stuff the peppers with raw meat because they take longer to cook. That may seem odd, but it’s an important thermal step to take. It’s no fun to get a stuffed pepper with a pepper that is still nearly crunchy, and pre-cooked fillings for peppers can dry out before the pepper itself has time to cook and soften. By filling the peppers with thermally-resistant raw meat, we give the veg time to thoroughly cook, all the while infusing its flavor into—and receiving flavor from—the filling.

Bake your peppers at 350°F (177°C). This temperature is hot enough to brown the tops of the peppers and the meat without being so hot that it overcooks them. And you don’t need to worry about them burning to the bottom of the pan because we cook them in a sauce. A few cups of plain tomato juice (or, if you have it, tomato passata) in the pan act as a water-bath to ease the cooking. The inch or so of pepper that sits above the juice browns, while the pepper and meat below the waterline cook very gently, taking time to cook evenly.

As we’re opting to use raw ground meat for the stuffing, it’s important to cook it to the food-safe temperature of all ground meats: 160°F (71°C). While we would never want to cook a steak to this temperature, we need to cook ground meat this hot so that we can eliminate all the food-borne pathogenic bacteria that may have been mixed into the meat during grinding and our own mixing. We used a ChefAlarm® to track our largest pepper’s temperature during the cook and verified that internal temperature with our Thermapen® ONE when the high-temp alarm sounded. Put the probe in your largest pepper because it will take the longest to cook. The smaller peppers going over by a couple of degrees will be much better than having some that are undercooked.

Seasoning and sauce for stuffed peppers

To season the meat for the peppers, this recipe uses a potent and delicious blend of sauteed onions, plenty of garlic, walnuts (for texture and flavor) spices, and golden raisins. This blend harkens back to Southern Italy, and it is fantastic. Though you can season your peppers any way you like, we all thought that these were some of the—if not the—best peppers we’d ever eaten. No matter how you decide to season yours, follow the same thermal principles discussed above for best results.

As we noted above, the peppers are cooked in a bath of tomato juice. The whole cook takes about 90 minutes (60 minutes covered in foil, about 30 minutes uncovered), during which time some of that juice will cook off, but not a lot. We found that the sauce created by this cook came out well-flavored, though a little thin. Some tasters thought this consistency was perfect, others wanted it thicker. If you want your sauce to be thicker, remove the peppers to a serving tray once they are fully cooked and simmer the sauce on the stove for a few minutes to reduce it to your desired consistency.

If you want something warm, comforting, and homey, you need to try this recipe! The slow cooking induced by the raw-meat filling results in supple, well-tenderized peppers and juicy meat. The bold seasoning satisfies the tongue while the hearty meat satisfies the body, and the smell is, well, quite amazing. We hope you give it a try soon! They’re easy enough to pull together on a slow weeknight but delicious enough to serve on a Sunday night. Enjoy, and happy cooking!

These are the best stuffed peppers we’ve ever made! Adapted from a recipe at BonAppetit.com. 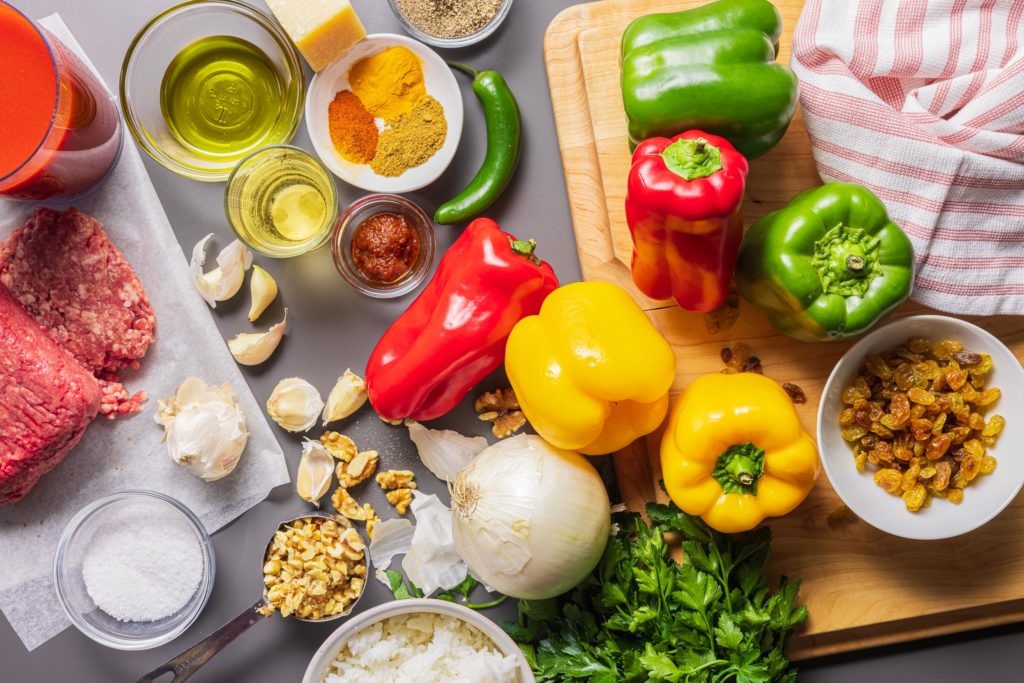 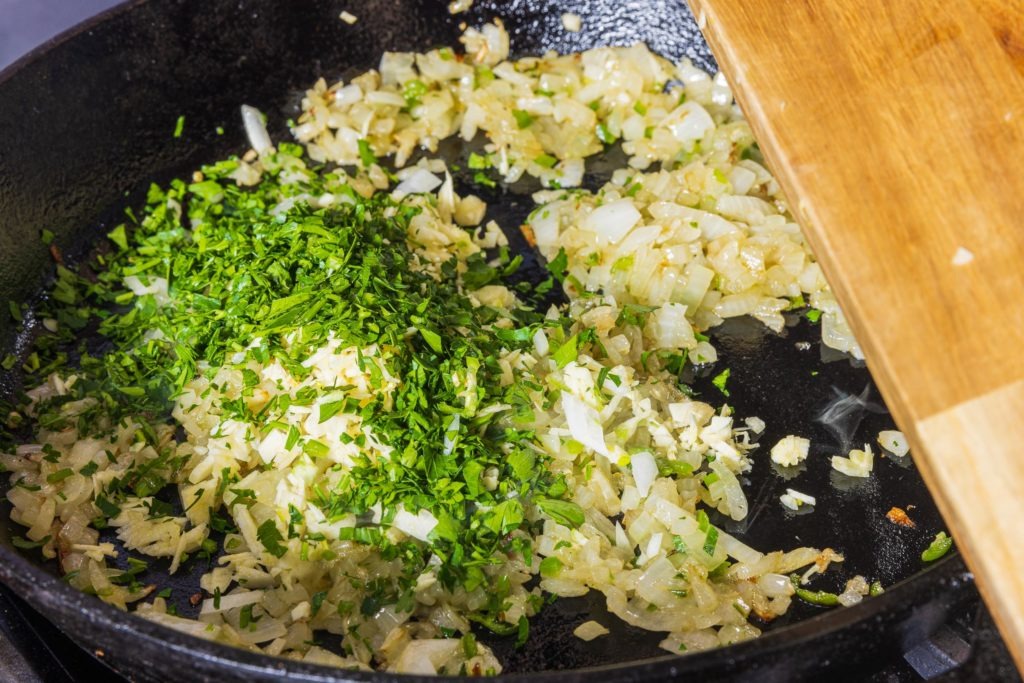 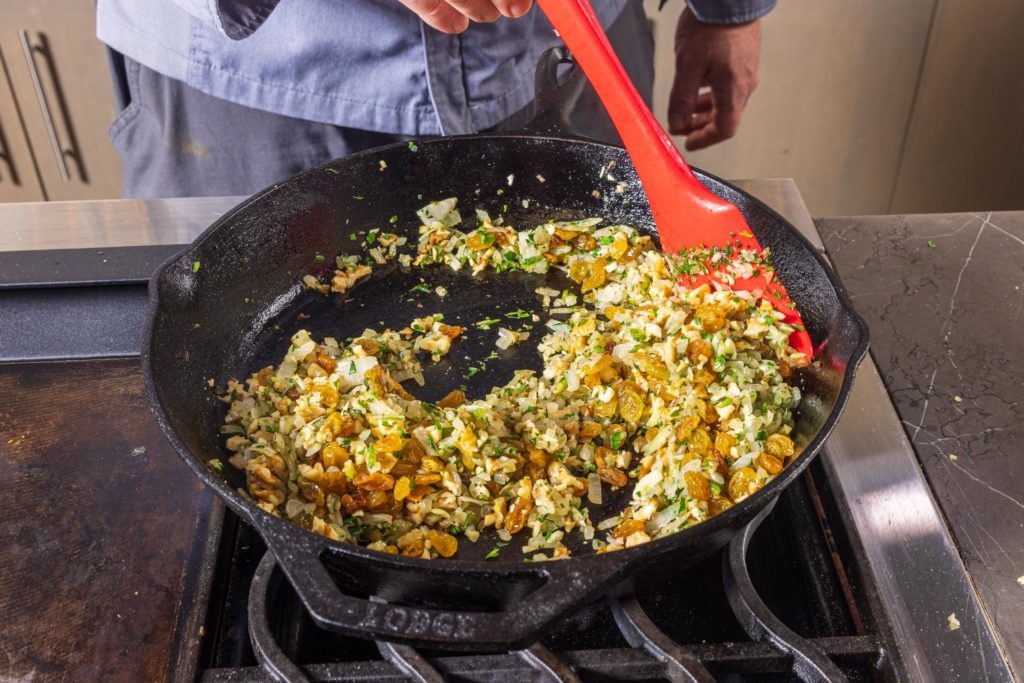 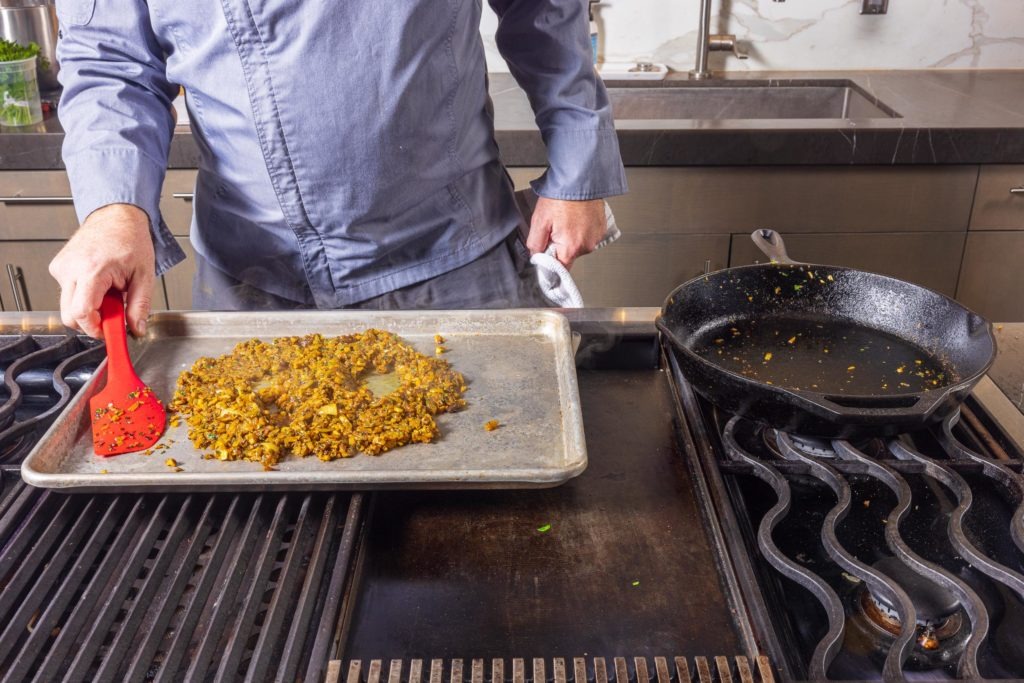 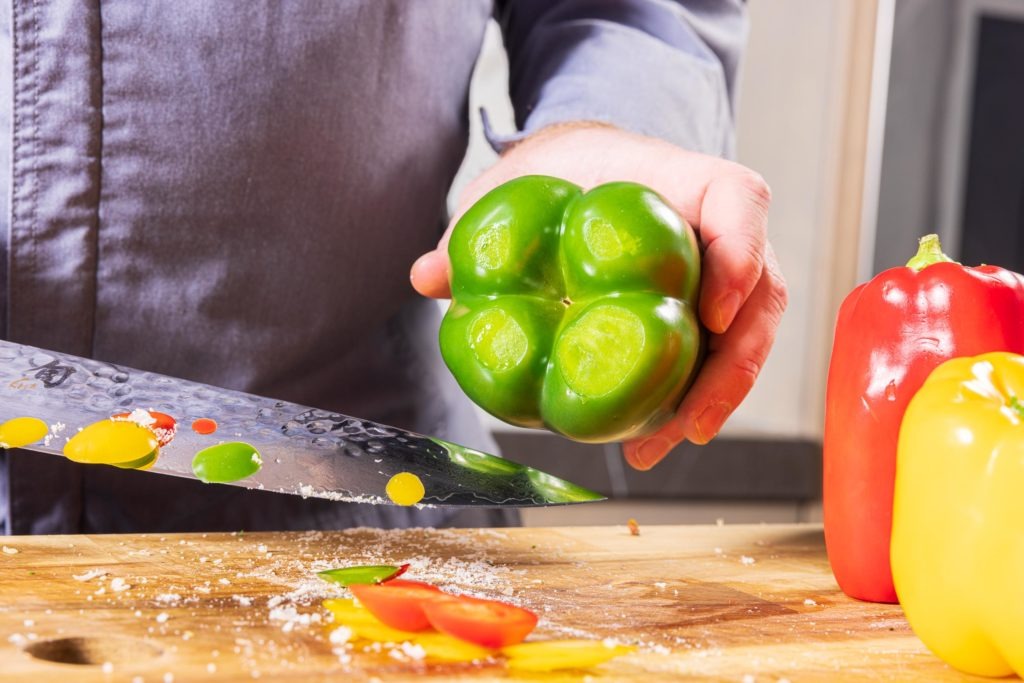 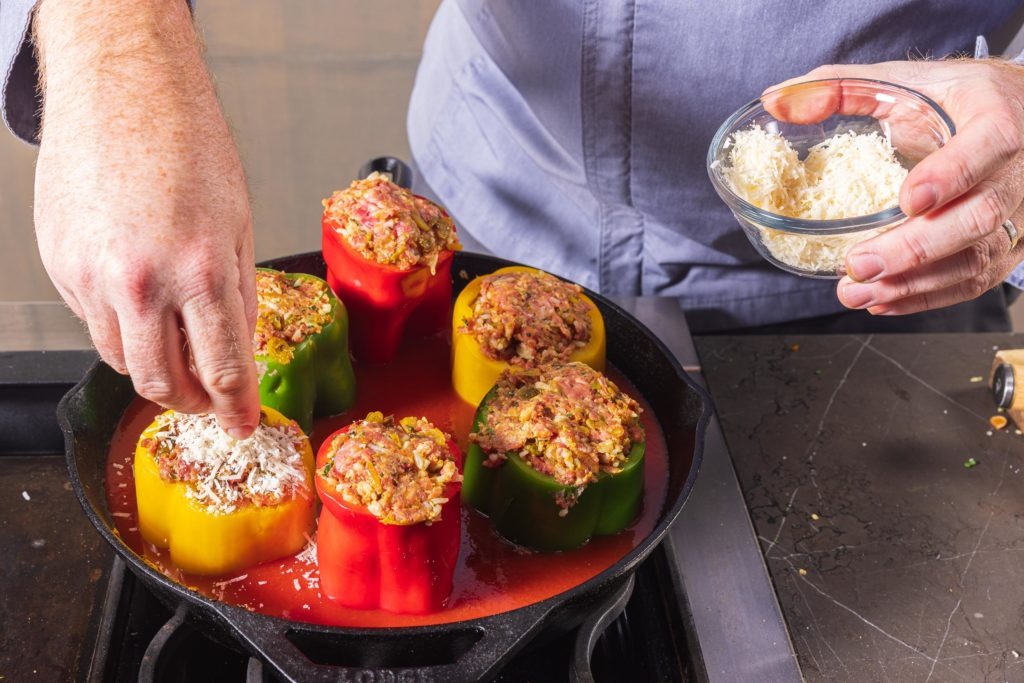 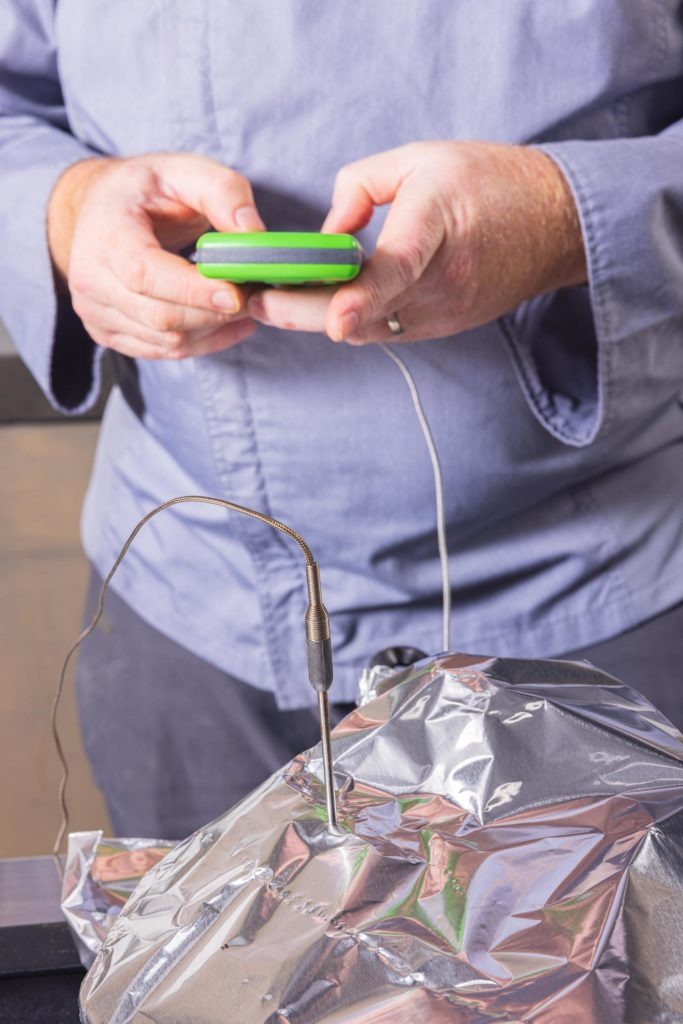 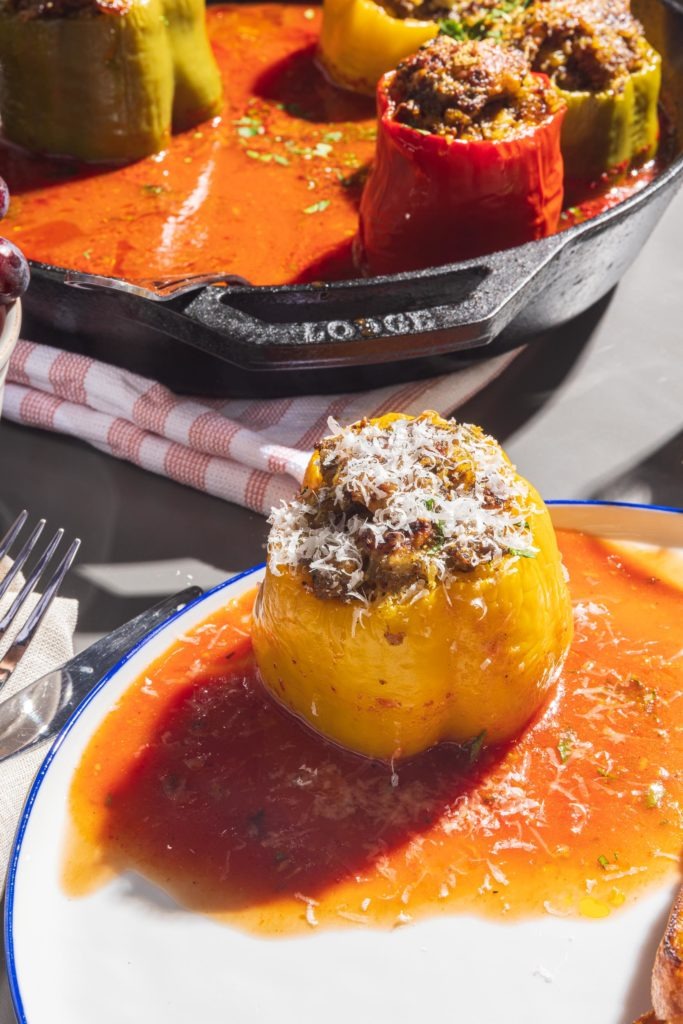