Quiche is one of the greatest make-ahead breakfasts I can think of. Meant to be served at room temperature—or even slightly chilled—you not only can make quiche ahead, you have to! That’s one of the reasons it’s so great for Christmas morning breakfast. Imagine this: you’ve gotten up, opened presents, you’re super tired, and don’t want to make breakfast, but everyone wants something special, something festive. You reach into the fridge and grab a perfect quiche, and slice it up. Breakfast is served.

No, I know quiche got a bad rap in the ’70’s, but I just don’t understand why. How did a pie loaded with bacon and cheese earn the ire of the machismo crowd? Regardless of the hard time it had back then, quiche remains a stellar dish and one that lends itself well to holidays or get-togethers. Here we’ll walk you through a terrific recipe for quiche Lorraine (from Bon Appetít), including the temperatures you need to know to ensure a silky, luscious custard pastry instead of a pie filled with scrambled eggs.

Quiche is, as stated above, a custard pie. Custard, of course, is a combination of milk or cream and eggs that is cooked to a desired thickened consistency, and the cream is of utmost importance here. Without cream, you just get…eggs. And while there’s nothing wrong with a frittata, per se, it just isn’t the same as a quiche. The custard cooks up into a silky, exquisite texture.

Or at least, it does if you don’t overcook it. As with all custards, quiche filling is picky about how it is heated. Overcooking it will curdle the eggs. And of course, you know what I’ll say next: to prevent this minor tragedy, temp your quiche. The custard in a quiche is done between 165°F and 185°F (74°C and 85°C), with some variation coming into temp based mostly on preference. A fast and accurate Thermapen® is perfect for the job, and will help you make perfect quiche the first time around.

Quiche Lorraine gains a hearty meatiness from bacon, in this case, cooked together with shallots, thyme, and butter.2Quiche Lorraine was originally known as quiche au lard for its inclusion of bacon.[/footnonte] Nutty-tasting Gruyere cheese also goes in, which is an absolute treat.

What’s the “Lorraine” for in quiche Lorraine?

The word quiche most likely comes to us through the German word Kuchen, meaning cake or tart, and comes mostly from the Lorraine region of France (as in Alsace-Lorraine, a region that has gone back and forth between being German and being French four times since 1870). Lorraine is not the name of the person who invented the dish!

One important thing that separates a quiche from a frittata is a crust. Any good pie curst will work for this, if you have a good family recipe for one. But no matter the crust, it’s important to blind-bake it. Blind baking is pre-cooking the crust without the filling. this allows it to set up and get flaky while also setting up a bit of a barrier against the liquid of the custard. The crust is panned up, baked with pie weights to keep it from bubbling, and finished without the weights to brown somewhat. Only then can it be filled and cooked to completion.

Though it takes some time to put together initially, when this this ready-to-eat breakfast hits the table, people are going to love it. And if you cooked it to temp with your Thermapen, it will have an amazing texture that everyone will comment on and love. Plus, not having to make breakfast is a gift that your today-self can give your tomorrow-self, and your tomorrow-self will be very grateful, indeed.

Hearty, silky quiche Lorraine based on the recipe from Bon Appetít.

For the crust
For the filling

Prepare and blind-bake the crust 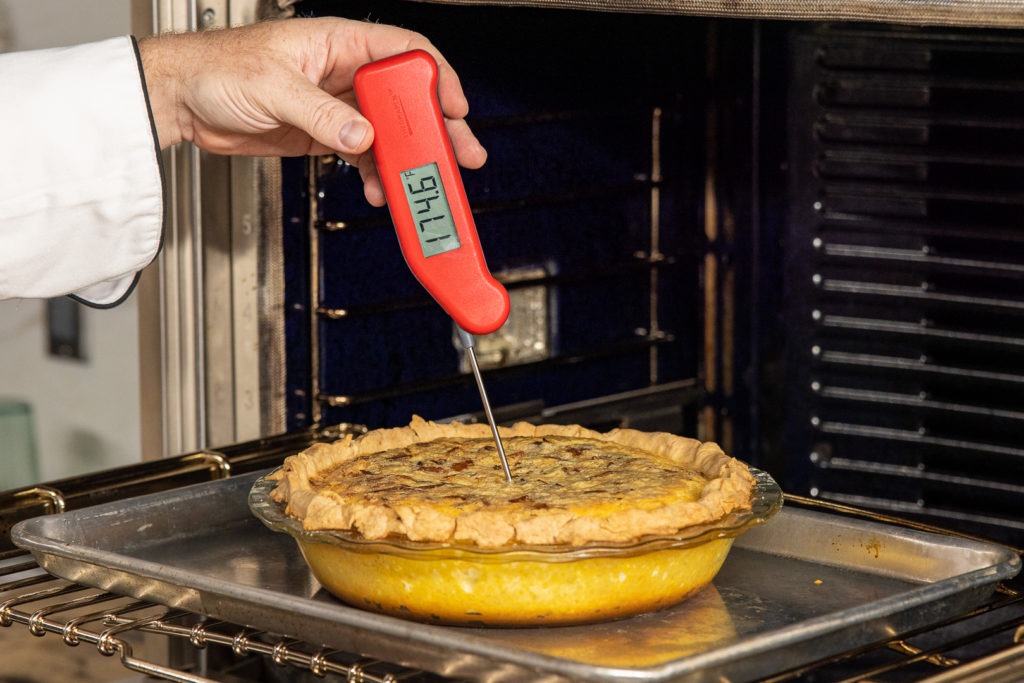 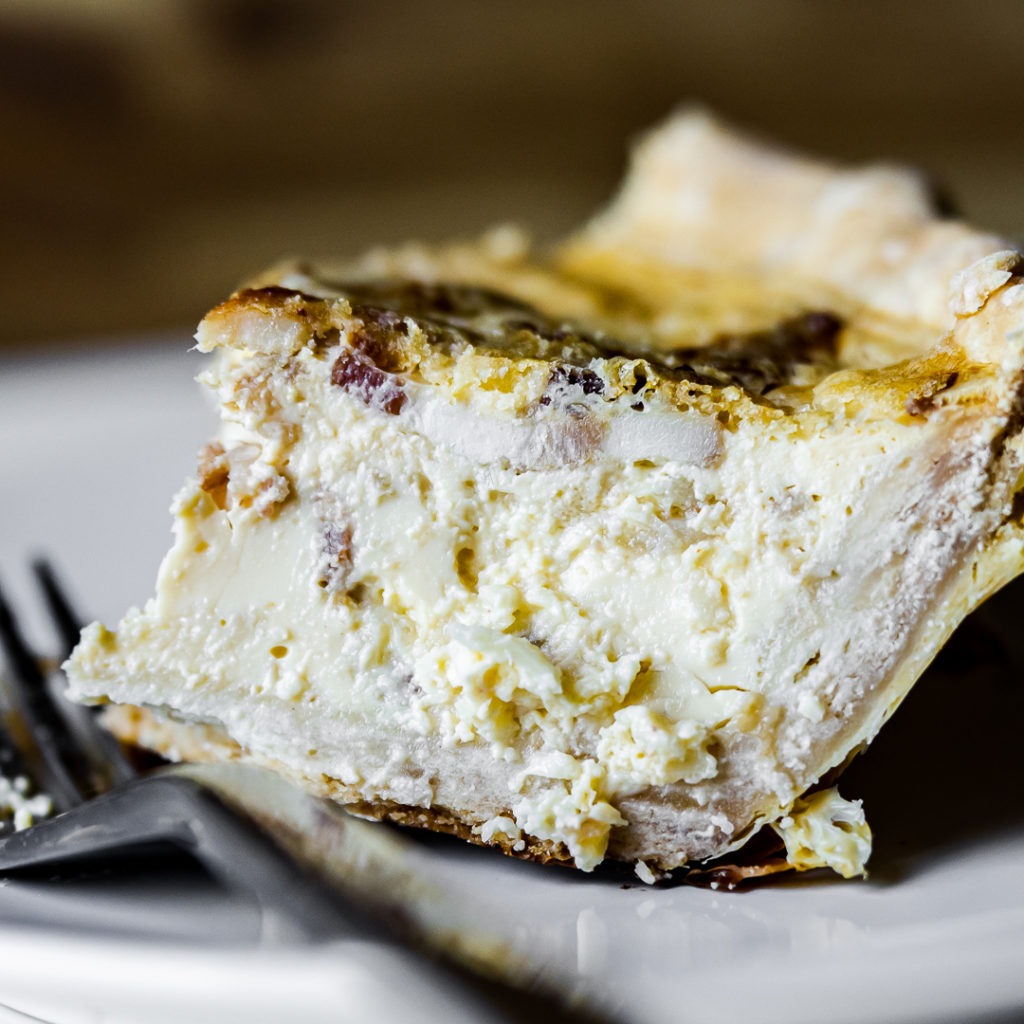