The turkey is the star of the show on Thanksgiving Day, golden and juicy. But it can also be problematic. It takes up space in the oven, for one thing. Doesn’t that bird know you have green bean casserole, sweet potatoes, and rolls waiting in line? Plus it is often overcooked, and half the skin—which we want ultra crips—is soaked and squidgy at the bottom of the bird. But a little time-saving trick of laying the bird out flat while roasting is a complete game-changer on all fronts. If you’re the type of person who thinks outside the box with an affinity for the unorthodox, keep reading. This fast-roasting turkey method is for you.

The origins of the word spatchcock are vague and disputed, though it is generally agreed that the word comes from Scottish or Irish usages. no matter its origin, when the term is applied to whole fowl, it is equivalent to “butterflying.” We’ll do a deeper dive into the exact process below, but in essence, we flatten the bird out by removing the backbone and arranging the legs and wings around the breast, like rays shining out from a white-meat sun. This vastly increases the surface area, much improving it over the semi-spherical shape it originally inhabits.

“But what,” we hear you asking, “about the perfect turkey being brought to table to be carved by Grandfather?!?” And we suppose that is something of a fair question, but we would also remind people that Norman Rockwell was famous for being a painter, not a cook. Just because it’s pretty doesn’t mean it’s the best way to cook something! We’re not the only ones who think so, either.

Preferred by people who know

Mark Bittman of the NY Times, and the author of How to Cook Everything, once put together a minimalist Thanksgiving dinner to cut down on prep, cook time, and ingredients so he could have time and energy to actually enjoy the meal with family and friends. This method was part of it. Bittman’s first spatchcocking video made its appearance in 2008. Since then a number of celebrity chefs have also applied the same method, with spatchcocking becoming an official foodie trend by 2012.

Kenji Lopez-Alt is another chef who swears by a flat bird! His discussion about and recipe for a spatchcocked turkey and many others can be found in his book, The Food Lab.

Cook after cook, professional after professional, people who know prefer the spatchcock method.

We’ve exhausted the good points of this method, but what are the drawbacks? The most common complaint about spatchcocking is that it “just doesn’t look right”. Well, we’ve already established that we don’t need to hold onto that piece of ill-gotten nostalgia. The only real drawback is the anatomical aspect of the process. It could be deemed…unpleasant. For the squeamish. But really, it’s quite satisfying once you give it a try.

Break Down the Bird

Enough talk about why spatchcocking is so great. It’s so much easier than you might think! All you need are a cutting board, poultry shears, and a chef’s knife. As long as you’re not squeamish to the sound of bones breaking, it’s a cinch.

Once your bird is well flattened, it’s time to roast. Cook your bird at 425°F (218°C) until it reaches an internal temperature on your ChefAlarm® of 155°F (68°C). (If that seems low, read our article on chicken internal temps—the same concepts apply to turkey as they do to chicken. Trust us, a turkey cooked to that temp will be WAY juicier than one cooked to a higher temp.) Verify that temperature with your Thermapen® ONE to make sure you don’t find any lower temperatures. If you don’t, you’re done! Chances are you’ll have cooked a 16-pound turkey in about 90 minutes. Wow!

We hope you give this unorthodox turkey a try. It is better in every way and will provide you with a turkey that people will actually enjoy eating, not just pretend to like. Stick to our recommended temps, don’t forget the aromatics, and you’ll be crowned Thanksgiving royalty, for sure.

The best turkey you’ve ever eaten? Probably so. 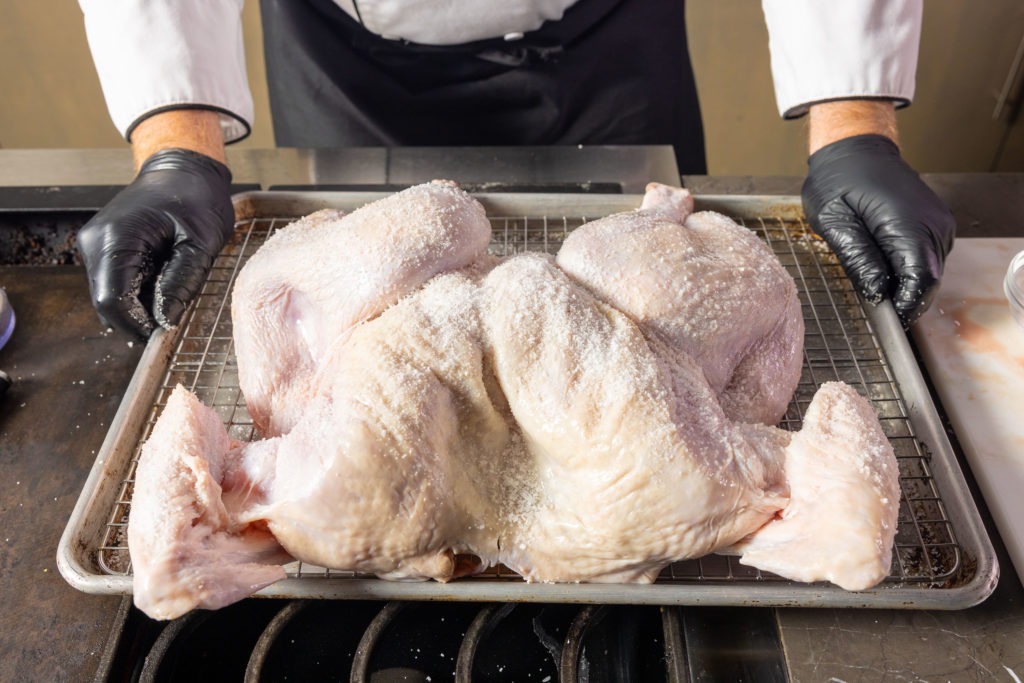 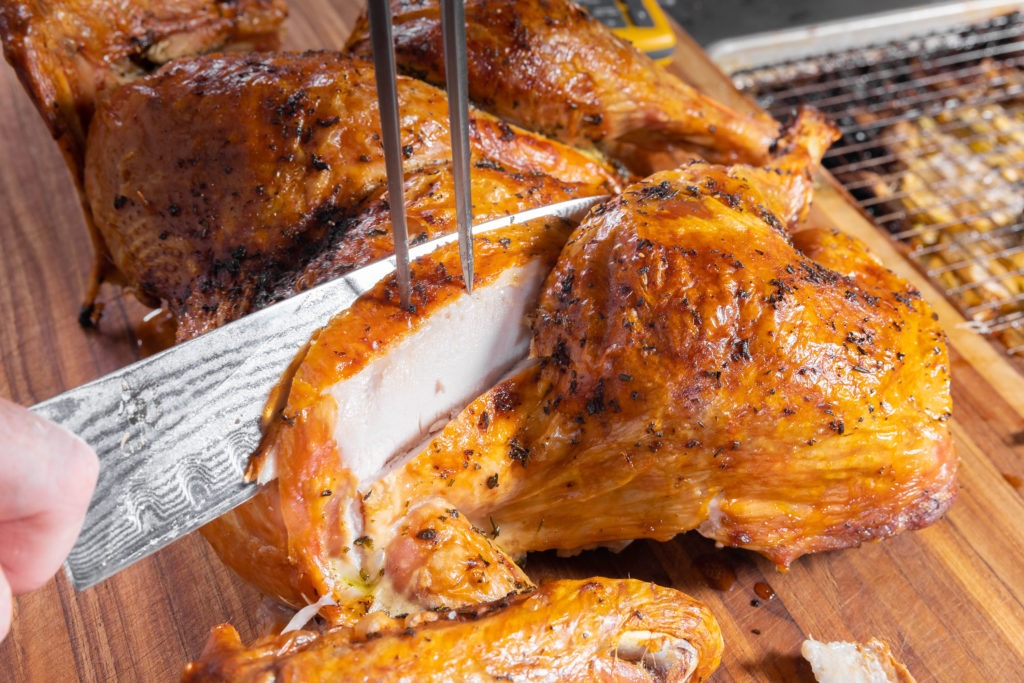