You think you know ribs. You’ve cooked spare ribs, baby backs, beef short ribs. They’ve all been fun, they’ve all been delicious. But your rib repertoire is woefully incomplete if you haven’t made these sticky-sweet, glazed, Asian-scented ribs. This recipe from Hey Grill Hey is super tasty and absolutely worth talking about.

Contrary to popular myth, baby back ribs are not from baby pigs. They are called baby backs because they are smaller than the longer spare ribs. They are more accurately called back ribs, which describes the location on the hog from whence they are butchered. These ribs would, if allowed to remain with their neighbors, be the bones of a bone-in pork loin roast. This proximity to a meaty loin explains the thicker top layer of meat on back ribs: when they are butchered out, some of the meat from the loin connection remains on the ribs. Yum!

Cooking baby back ribs is basically just like cooking other ribs, but with a little less time involved. You need to dissolve the tough collagen that binds the ribs together, and that means low, slow cooking. Collagen, which is a tightly bound protein fiber, doesn’t start to unwind until its temperature reaches about 165°F (74°C), and the unwinding process speeds up the hotter it gets beyond that. (This means that collagen dissolution is a function of both time and temperature.) The target temperature for ribs is the same as that for most non-fowl barbecue: 203°F (95°C). A Smoke X2™ dual-channel thermometer is a great way of monitoring both the ribs and the smoker temperature while they cook to assure that you nail those target temperatures. (Verify the finish temp with your Thermapen® ONE, of course!)By the time the meat in baby back ribs reaches this temperature, it has had enough time in the collagen-melt zone to have become tender. And the resulting by-products of the unraveling—gelatin and water—will have filled the meat with their tasty, juicy goodness.

So much should already be pretty clear to the usual reader of this blog, but these particular ribs are going to take a turn that other ribs we have cooked have not taken. They will have a braising step.

Braising means cooking in a relatively small amount of liquid, usually at relatively low heat. In the case of these ribs, you’ll be using a braising liquid based on soy sauce, juice, and hoisin.

Some of you may be complaining right now that this is ‘inauthentic’ BBQ, that it isn’t smoked the whole time. Well, if that’s what ‘authentic’ means, then no, it isn’t. But consider this: after the first few hours of cooking, there is no more smoke penetration into smoked food. The depth of that smoke ring is the depth of the smoke. So why not take the ribs off the smoker once they’ve reached maximum smoke saturation and cook them tender a little faster, a little tastier?

Braising and the rub

Will braising destroy the bark of the ribs? Answer: not really. By the time your bark is established, it has bound with proteins that have been leaking out of your met. These are, in a very literal sense, glue, and can hold the bark quite well. Will a little seasoning be lost to the liquid? Of course. But you will still have plenty of savory flavors to go around.

We recently wrote about the science of braising on this blog, but a little review won’t hurt anything.

Braising is a process by which a little liquid is used to quickly and efficiently break down the collagen in tough foods. The use of a water-based medium increases the efficiency of a braise because of water’s high heat capacity. That means that the braising liquid can pump more heat into your meat faster than, say, hot air can. And that means faster collagen dissolution.

In this case, we’ll be cooking these ribs in a strongly flavored bath based on soy sauce. This braising liquid will help to soften the ribs while simultaneously imparting deep, delicious flavors.

So you have a bark, and you’ve both softened the meat and imparted flavor in a braise. But whence the stickiness? The stickiness of these ribs comes from a glaze made of the braising liquid—rich in gelatin and all the other good things you added to it—combined with some other jelly and some vinegar. The jelly adds sugar for caramelization, as well as pectin for sticky-making, and the vinegar levels out the sweetness and wakes up the flavors.

Reduce this glaze to concentrate the sugars and shorten the time needed on the grill to caramelize. Thickening the sauce prevents the ribs from drying out and overcooking while you’re trying to get that sticky, lacquer-like finish on them. Dunk the ribs in the sauce, grill, and baste with more sauce. Yum.

These ribs will go fast. The sticky, sweet-spicy glaze and the tenderness of the meat will guarantee that only a pile of bones will be left in no time at all. And with the assurance you get from your Smoke X2™ thermometer that the ribs are, in fact, cooked properly, you can serve these to cookout guests with confidence and pride. They’ll thank you for it! 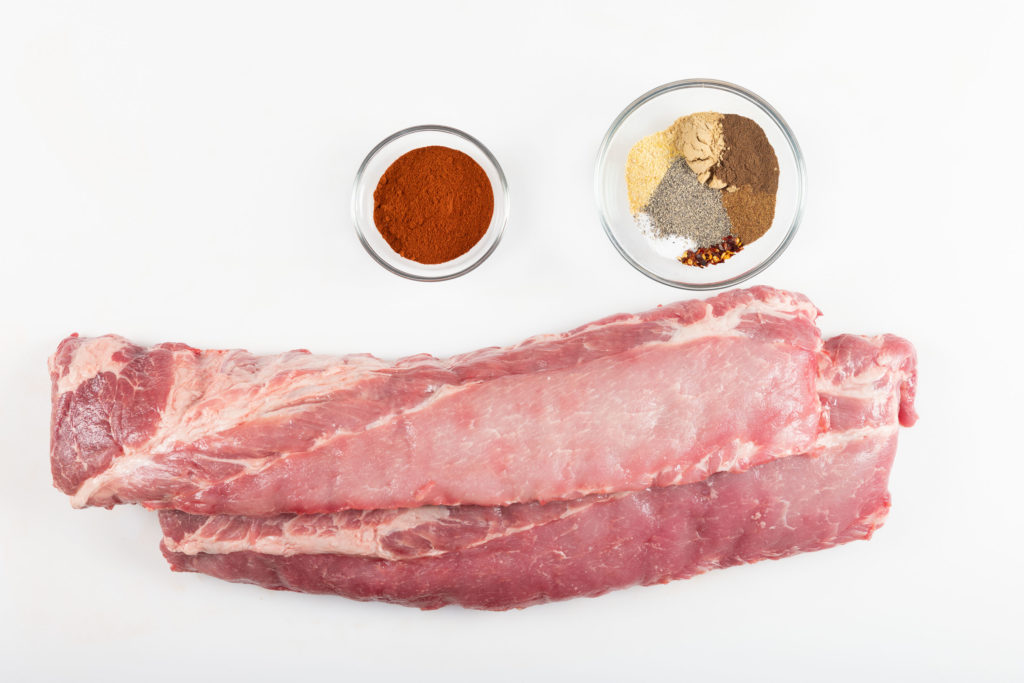 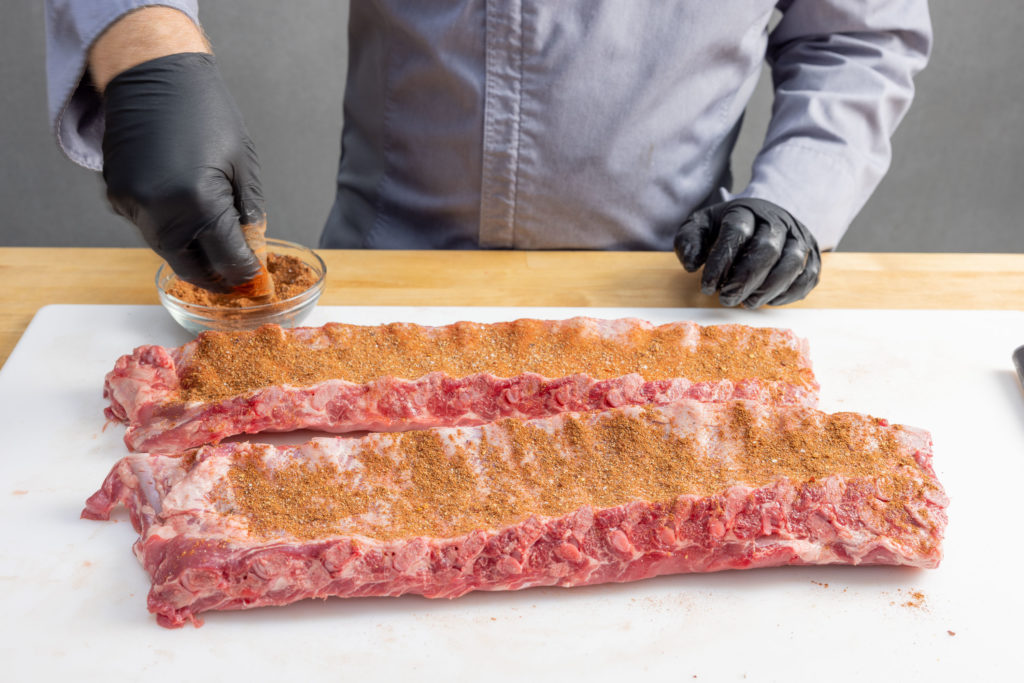 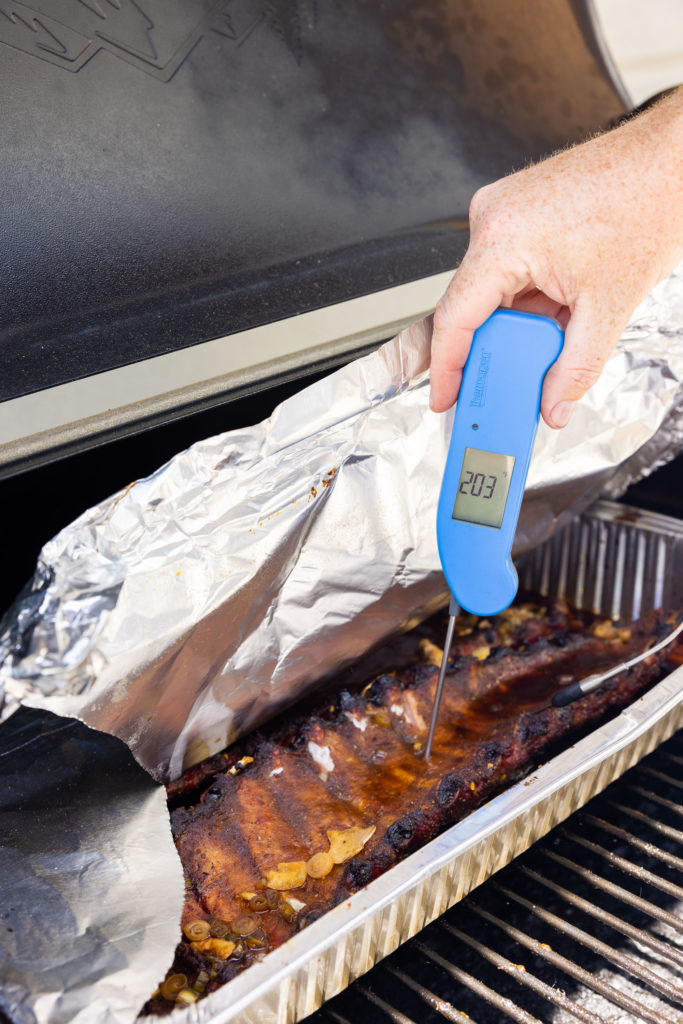 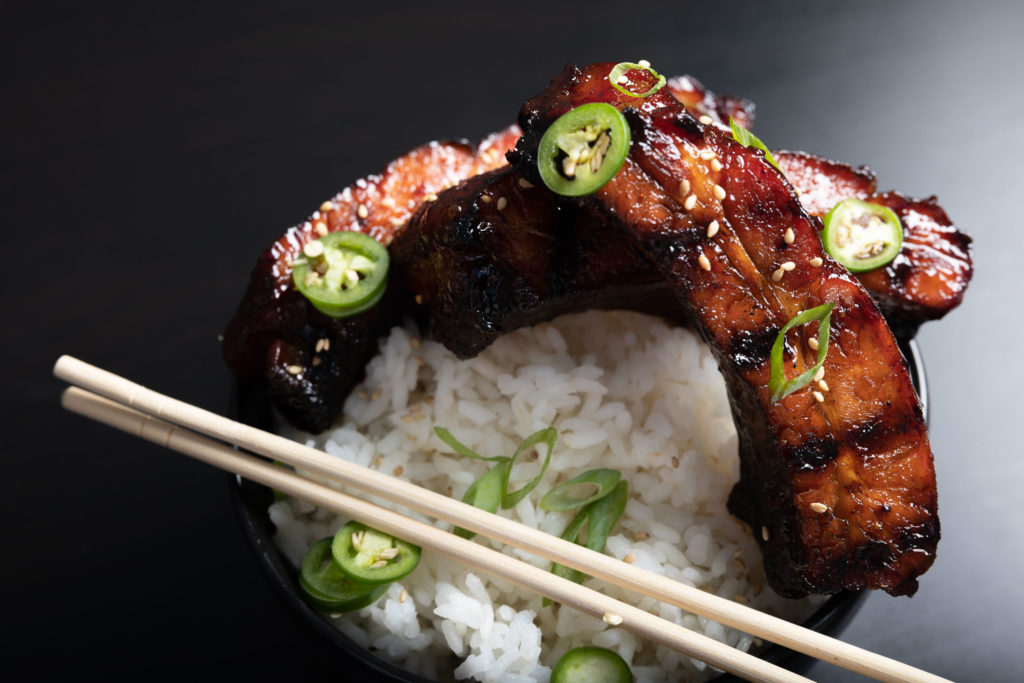