If you’re cooking at home for Valentine’s Day 1 and want something that is fun, impressive, tasty, and intriguing, not to mention easy, I’d like to suggest you try salt-crust roasted snapper.

Salt-crusted snapper is a dish that is sure to make you look like a pro, but is actually extremely easy to make. Really the only trick to it is making sure the fish is cooked properly, and the ChefAlarm® and Thermapen® can make that almost certain. Let’s take a look.

Salt-crust cooking is an ancient method that has been independently developed in cuisines around the world wherein salt is moistened and packed completely around and on the food to be cooked before it is placed in a hot oven. The salt diffuses the high heat and the water in the salt turns to steam, which all results in the food being cooked gently and quite evenly. That even cooking lends itself particularly well to fish cookery. And, in fact, one of the earliest records we have of this method—a fragment by Archestratus in the 4th century BC—is about cooking fish just like this.

Not any salt will do here. Granular table salt won’t cut it, but kosher salt—often labeled as “coarse kosher”— is what you want. Its texture makes it better for packing and forming into the bed and dome of salt. This version also calls for the addition of egg whites, which is also in line with ancient methods. The egg whites help it to bind and also help it to keep its shape in the oven: without their proteins cooking and binding together, the salt would dry and fall apart.

Isn’t it too salty?

You may be thinking that packing a fish in three pounds of salt might make the fish too salty. Well, it doesn’t. In fact, I almost reached for a pinch of salt when I finally got to eat it. The fish flesh becomes imbued with the lemon and the parsley 2 and is left pleasantly salty.

How to cook red snapper in a salt crust: the temperatures

Salt-curst cooking is usually done at high heat, and the same holds true here. The oven is set to 450°F (232°C)—a temperature that can generate steam from the wet salt to cook the fish. The fish itself is cooked to 130°F (54°C), a temperature at which the proteins are firm and flaky but not yet dried out.

And how will we know the temperature? By using a leave-in probe thermometer like the ChefAlarm, of course! Insert the probe from the ChefAlarm into the fish so that the sensor tip is right down next to the ribcage and then pack the salt on top of the fish, with the probe sticking out through it.

Notes on the fish

When you buy your fish, have your fishmonger de-scale it for you, gut it (if not yet gutted), and trim the fins and gills from the sides and top. We neglected to have the fins trimmed, a point I forgot when preparing my fish.

As for the fish itself, snapper is a delicious choice for this method. It has a warm, subtle flavor and I love how it smells when cooking. However, you can use whatever whole fish you like with this method. Just be sure to aim for 130°F (54°C) on your ChefAlarm.

Whether you’re cooking a fun, interesting dinner for two (with a smaller snapper!) or going for a fancy presentation for a small crowd, this ancient technique is sure to impress. And for something as impressive as this dish, it is incredibly simple to make. There are few ingredients and minimal work to prepare them, and with the guidance of the ChefAlarm and the surety of the Thermapen, you can know that deep in that salty crust, everything is cooking just the way you want it to.

Salt-encrusted salmon, based on the recipe “Snapper-Dome” by Alton Brown, in his book EveryDayCook, pg. 148. 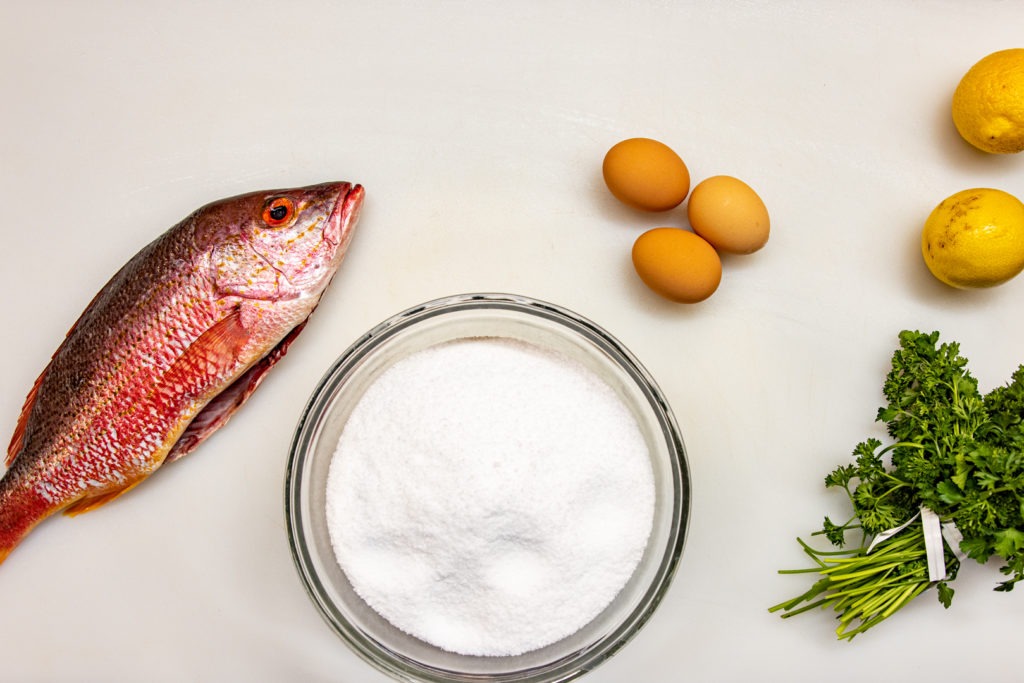 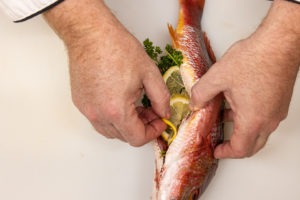 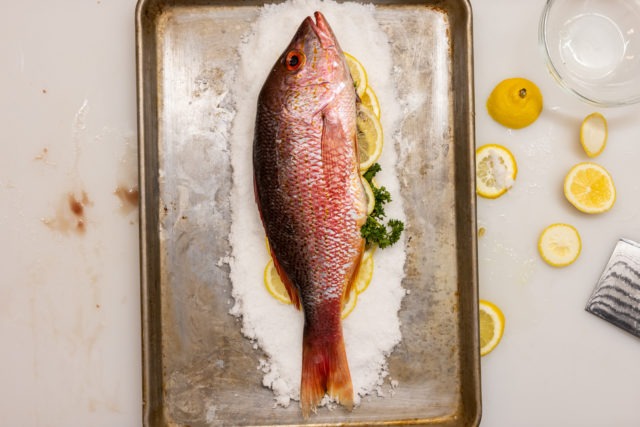 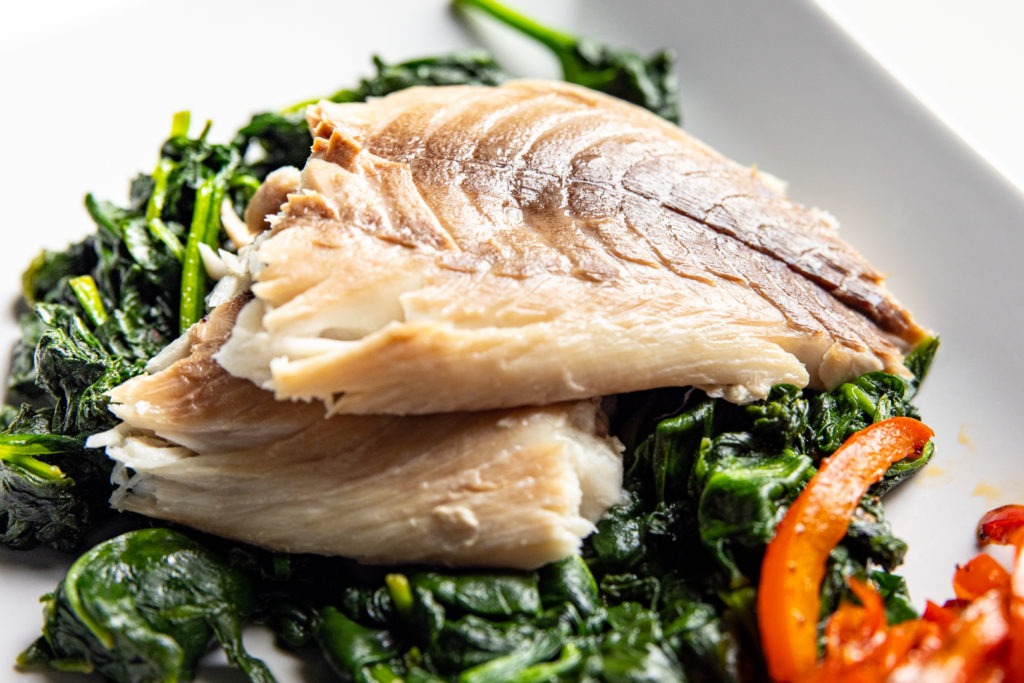