Far from being low-class or unworthy of attention or study, street foods are viewed by some as the life-blood of many food cultures. Especially in urban areas, street foods are how people eat. Hot dog carts, taco stands, corner pizza shops with walk-up windows—even ice cream stands—are all examples of classic American street food. So, too, are the myriad food trucks that are launching every day. Street food feeds the masses. In some developing countries, in fact, many poor city dwellers don’t even have kitchens and buy all their food from street vendors.

Among the most wide-spread of all street food in the world is the Mediterranean shawarma. Yes, the same food eaten by a certain crew of Earth’s Mightiest Heroes after saving the planet is a real food, and it is really delicious.

In this post, we’ll cover how to make what may be one of Earth’s Mightiest Street Foods: chicken shawarma. We’ll follow the delicious version set out by Epicurious for shawarma that tastes just like what you’d get from a trusted cart, but with the equipment you have at home, including a fast and accurate thermometer like the Thermapen®.

Shawarma is the term used throughout the Levant to describe any meat that is staked, roasted on a vertical spit, and carved off in thin layers as it cooks. This, of course, would include the Greek gyro (it should technically be included in the category of shawarma, but maintains its separation most likely by dint of linguistic distance) as well as tacos al pastor, which are literal descendants of the shawarma, brought to Mexico by Lebanese immigrants. It also includes the doner kebab, one of my personal favorite styles. The meat can be beef, lamb, or a mixture of both, or chicken or turkey.

Shawarma is served either sandwiched or wrapped in some kind of flatbread. A pita is common. Tortillas, obviously, work in Mexico for al pastor. And the large, flat Turkish yufka is used in the Mediterranean region to make a kind of burrito-like shawarma that I highly recommend. The wraps/sandwiches are usually filled out with rough salads of sliced onion, tomato, possibly cucumber or lettuces, and the juices from the veggies mingle with the spiced meat and sauce (see below) to make something magical.

To be technically accurate, shawarma must be cooked on that vertical rotating spit. Now, I’m not likely to get one of those at home any time soon, but I still want shawarma! By grilling meat and cutting it into thin strips that resemble the shavings from a spit, we can get a reasonable facsimile. The char flavor is present, as it needs to be, and you can know that each piece is properly cooked by using an instant-read thermometer.

Nail the yogurt/tahini sauce and the veggies, and you’ll hardly be able to tell it isn’t the “real” thing.

Speaking of sauce, yogurt sauces are the topping of choice all through the shawarma-eating regions of the world, except in Israel. The mixing of dairy and meat in the same dish is not Kosher, so shawarma in Israel has no yogurt sauce. Instead, they use tahini, the nutty paste made of finely ground sesame seeds. Garlic, fresh or dried herbs and lemon juice are common additions.

In this recipe from Epicurious, we take the best of both saucing worlds, and use the tangy richness of yogurt as well as the nutty, slightly bitter depth of tahini. Fresh dill, fresh mint, fresh garlic, and fresh lemon pump the flavor up to 11. And what a sauce! My reaction and that of our photographer when we first tasted it was euphoric. I’ll be using this sauce recipe in other dishes, too!

Note: the thicker the yogurt, the more incredible the sauce. A very thick, full-fat yogurt Greek-style yogurt is best for this recipe. If you can’t find one that is very thick, you might consider straining some thinner yogurt in a sieve lined with cheesecloth set over a bowl for a couple hours. I promise, it’ll be worth the effort.

For tender, juicy chicken on the grill, there’s really only one real option: chicken thighs. Breast meat dries out too easily and has a very narrow thermal window between done (safe) and overdone. Chicken thighs, on the other hand, can tolerate a wide range of temperatures without overcooking. In fact, they aren’t really ready to eat until about 175°F (79°C), but can handle temps up to 195°F (91°C) and still be just fine.

It’s also nice having some extra thermal wiggle room on the grill because the longer you can keep your food on the grill without overcooking, it, the more of that tasty grilled flavor you get.

Cook the boneless skinless thighs over direct heat, turning them often and moving them around the grill to both avoid and to take advantage of hot spots. As the chicken browns, begin checking each piece with your Thermapen, and remove them from the grill as each comes up to at least 175°F (79°C) on up to 195°F (91°C).

To make the chicken seem like it’s been carved off of a conical spit, slice the pieces the short way across the thigh as thinly as you can.

Based on Shawarma-Spiced Chicken Pita with Tahini-Yogurt Sauce by Rhoda Boone for Epicurious.com. 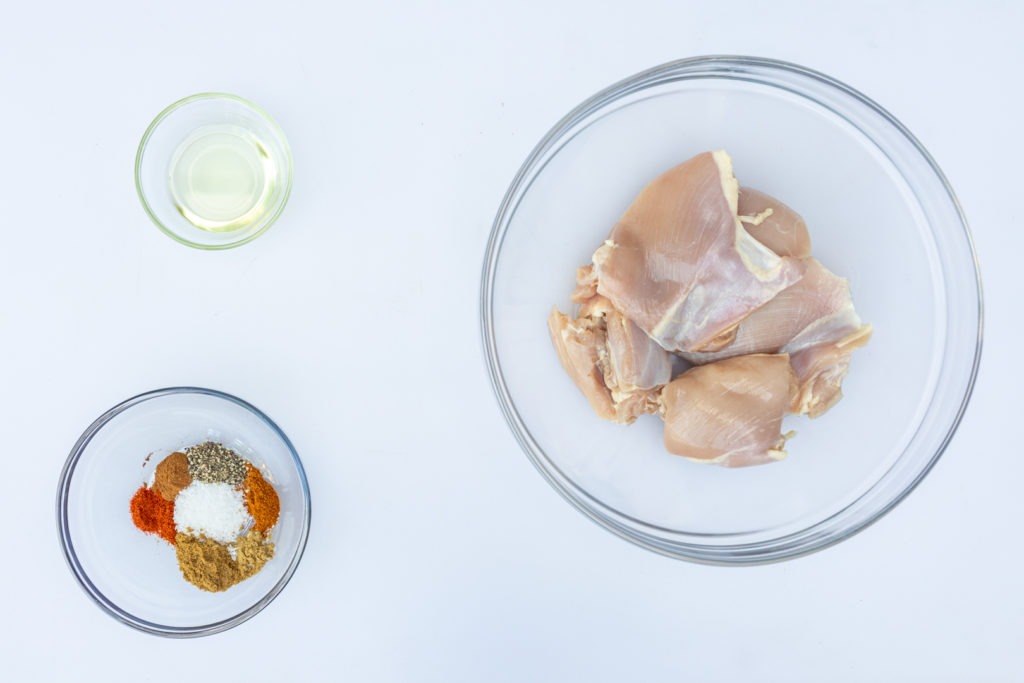 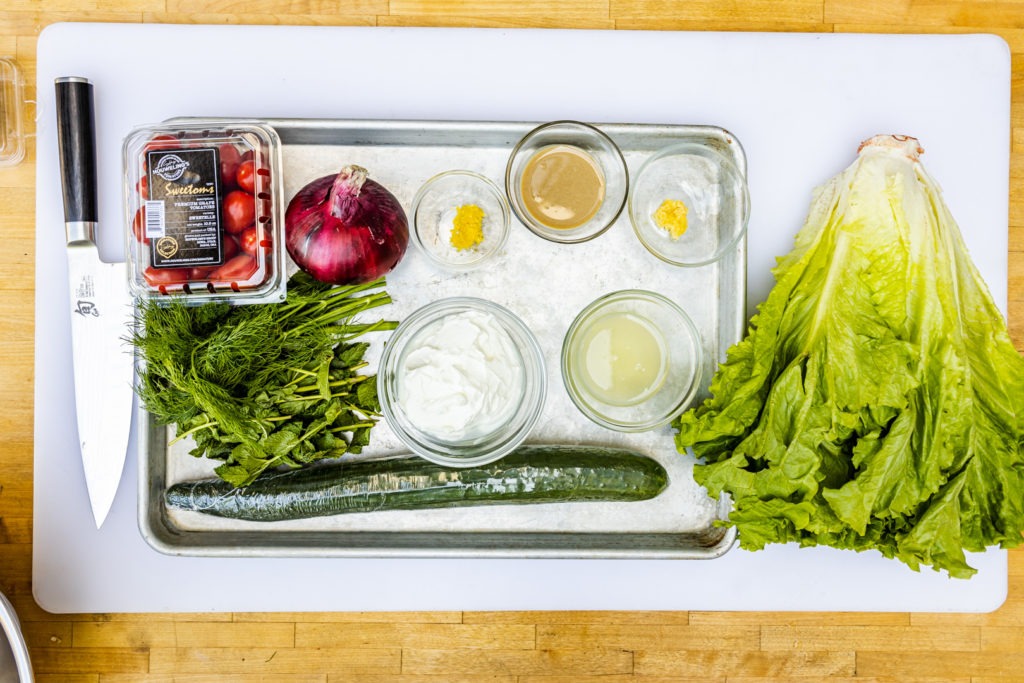 If you can handle working both the cooking of the chicken and the making of the salad and sauce at the same time, by all means, do so!

By seasoning properly, nailing the sauce, grilling your chicken to perfection with a Thermapen, and slicing it thinly, you can recreate the street-food goodness that is chicken shawarma. It’s excellent summer food and hits the spot every time. Give it a shot, and I’m sure you’ll be back for more.