Our Mayan ancestors never could have known what they started with their humble chocolate beverage. The earliest evidence of drinking chocolate dates back to 1900 B.C., but the Mesoamericans drank their chocolate spiced and cold, and typically only ceremonially or medicinally.

Thankfully, Europeans introduced chocolate from Mesoamerica to sugar production from South Asia. Now both are mass produced and we can enjoy sipping sweet cocoa or hot chocolate all winter long!

Nearly all foods and beverages have their optimal temperature for cooking or serving (see our post, Holiday Entertaining: Thermal Tips for Wine and Cheese), and hot chocolate is no exception. As hot chocolate cools, some the complexity of its flavor fades. Getting your hot chocolate to just the right temperature before serving will help you and your guests enjoy the full flavor and texture of the chocolate. But as with other high-temperature beverages, there can be a fine line between deliciously hot, and say-goodbye-to-your-burned-off-tastebuds-for-a-week hot. 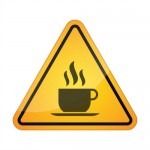 How Hot is Hot?

With hot chocolate, the cocoa solids and cocoa butter actually need to melt into the milk. Cocoa butter begins to melt at about 93ºF (34ºC). The sugars and other solids also dissolve faster at higher temperatures because their molecules move more rapidly and break apart faster. So baseline temperature for an enjoyable cup of hot chocolate is, at least, 100ºF (38ºC).

Standard Serving Temperatures: Coffee shops and restaurants routinely serve hot chocolate, tea, and coffee at temperatures well above 160°F (71°C) and as high as 185°F (85°C). Exposure to liquids at these temperatures can cause significant scalding burns.

The reason why these beverages are prepared and served at such high temperatures is that restaurants factor in the heat loss that will occur during the several steps between preparation and consumption: pouring the liquid into the cup, letting it sit in the cup while heat energy is absorbed by the cup and dissipates into the atmosphere, and the addition of cream or other flavorings that are at room temperature or even refrigerated.

Drinking Temperature: A study done by the Department of Mechanical Engineering at The University of Texas on calculating the optimum temperature for serving hot beverages, concluded that 136ºF (58ºC) is the ideal temperature for drinking hot chocolate.

In our own testing here at the ThermoWorks demo kitchen, we found that drinking temperature preferences to be as low as 125ºF (51ºC). One way to determine your own personal preference is to test your hot chocolate with a Thermapen® right before drinking. Some like it hotter than others.

Whatever your ideal drinking temperature, you’ll need to account for heat lost from brewing to serving (the opposite temperature difference you watch for in carryover cooking). So what temperature should your water or milk be brought to for the final perfect serving temperature so you don’t have to try and cool it off?

Our Testing: We took the temperature of hot beverages at local shops and from home brewer machines (like a keurig that is calibrated to brew coffee). The serving temperatures ranged from 163-181ºF (73-83ºC). The hottest temperature was from our break room beverage machine coming in at 181ºF (83ºC), and the coolest from a home beverage machine being dispensed into a ceramic mug—163ºF (73ºC) . Out of everyone involved in our project, the comfortable drinking temperature range was 125-140ºF (52-60ºC)—right in line with the temperature range suggested in the study done at the University of Texas. 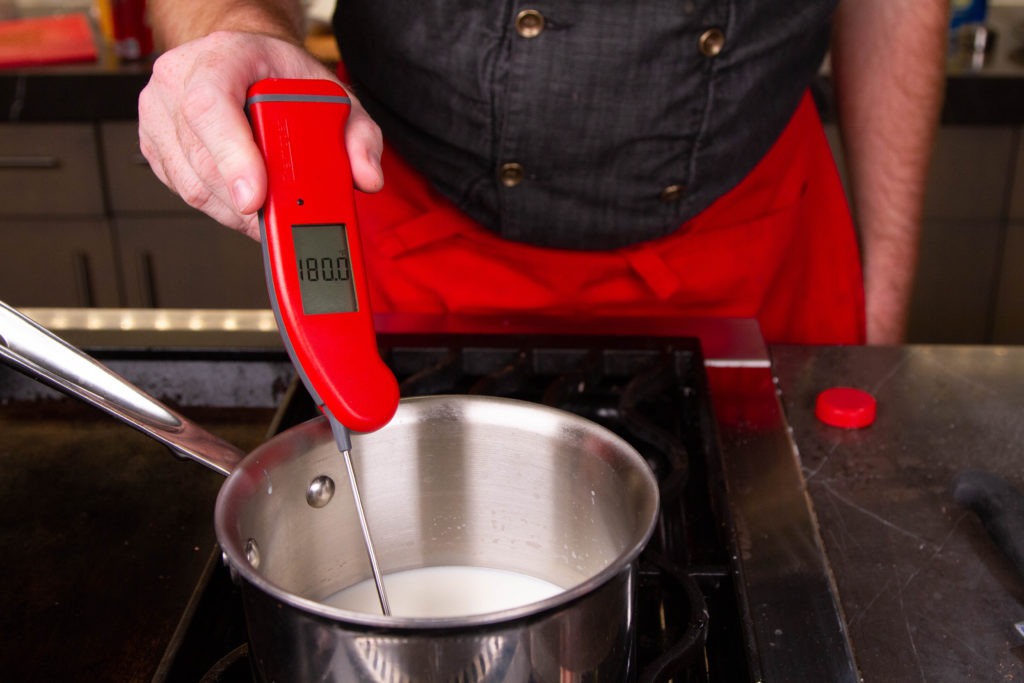 ☼ Is it Hot Cocoa or Hot Chocolate?

A word about terms: Most people use the terms hot chocolate and hot cocoa interchangeably, but they are not really the same. Hot chocolate mix contains solid chocolate that actually needs to be melted along with sugars that dissolve. Hot chocolate is typically made with cream or milk. Hot cocoa is made from cocoa powder, sugars and, typically, powdered milk and dissolves in water at lower temperatures.

Using Kenji’s recipe from Serious Eats for Easy Homemade Hot Chocolate Mix, we set out to find the best liquid temperature to arrive at the optimal hot chocolate preparation and serving temperatures. This recipe provides rich flavor and the ease of a dry mix.

➤ Thermal Tip: Freeze the chocolate for at least 15 minutes before processing so it doesn’t melt and turn the mixture into a paste.

Steaming milk was sufficiently hot enough to melt the chocolate and dissolve all solids to a creamy consistency—no need to increase the temperature to boiling. 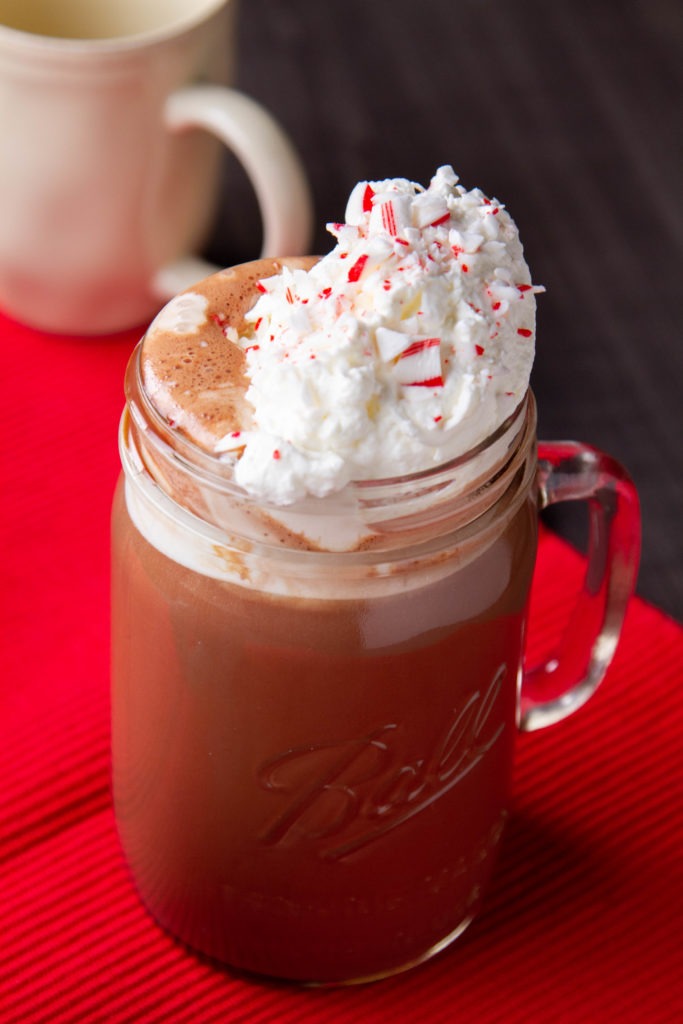 To cool down the temperature of your hot chocolate quickly (especially if the mug of hot chocolate is for a child), use about an ounce or two less hot milk when adding it to the mix, and pour in the same amount of cold milk at the end to cool it down. You’ll have enough heat to melt the chocolate and dissolve the sugar quickly, and still be able to drink it without needing to wait for it to cool.

Fun Fact: A study done by two researchers at the Polytechnic University of Valencia (Spain), and the University of Oxford (England) have conducted a study on which color of mug is the best for sensory perception when drinking hot chocolate. The study concluded that the optimal flavor and richness was perceived when drinking from an orange mug.

When you’re about to take a sip of your next cup of hot chocolate, pull out a Thermapen® to test the temperature rather than risk burning your mouth with the first taste.