Here we are, at the door of winter, cold and wanting warm things to eat. What we need in this season is rich, festive, comforting food, and braised short ribs are perfect for exactly that. When properly braised, the otherwise-tough meat of short ribs becomes soft, tender, and delectably gelatinous. That texture, combined with the deep, warm sauce in which they braise, is a perfect recipe for wintertime comfort.

Oh, and we’re not talking about the short short ribs, either. No, we’re talking about the long ones, the “dino ribs,” cut from a whole plate. They’re huge and beautiful and super fun to cook, and the name is evocative of the kind of big, meaty experience you get from this cut.

Here, we’ll give you the thermal keys to perfect braised beef dino ribs, and we’ll also give you a great recipe based on one found at Food52. Let’s take a look.

“Dino” ribs: what are they?

Short ribs come in a few styles, some more readily available than others. You can usually get them cut in strips across the bone (as used in Korean BBQ), or you can get them cut into neat little cubes. But if you have a butcher that actually cuts meat and can do custom cuts, you can usually get a whole plate of short ribs or get them cut into long, individual ribs (you can also buy the plate and easily cut them into the individual ribs yourself). Because of their appearance, these long (6–8″), meaty ribs are familiarly known as “dino ribs,” though the proper name for them is English-cut short ribs.

Braising beef short ribs: why and how

The tender goodness that is short ribs is only accessible via long, slow cooking, optimally in a humid environment, which is to say that they are best when braised. Braising allows the ribs to tenderize while bathing in a flavorful liquid, absorbing the flavors as they also melt their connective tissue and release their own meaty essences into the mix. You end up with a meat and a sauce that are ideally suited to each other and are both incredibly tasty.

Braising is an ancient means of cooking tough cuts of meat to tenderize them, and is also quite simple. Start with meat, and brown it well. Browning gives the whole braise flavor, especially the meat itself. Those Maillard-browning byproducts are what make everything taste meaty, so don’t skimp on the browning stage.

Then comes the liquid. Braising liquids are often fortified with aromatics: alliums like onion and garlic or leeks, root vegetables like carrots, herbs that match the cuisine in which you’re braising, be it broth, wine, plain water or, as in the case of this recipe, soy sauce and other flavorings. You want liquid to come about a quarter and no higher than half way up the side of the meat. Because of the curvature of the dino ribs, we’ll be cooking them on their sides, so they make a crescent in the pan.

Then, of course, you must cook them. Cover the pan in which you are braising and put the ribs in the oven. As the liquid cooks and even boils inside the foil-covered pan, the steam will accumulate and create a humid, hot environment for the ribs to cook in, even the parts that are above the level of the braising liquid.

How to know when braised short ribs are done

It takes a few hours for the short ribs to cook through, but trying to do the cook by time and time alone is not going to work. Instead, we can cook by temperature. Using a leave-in probe thermometer like ChefAlarm® will help us know when to take the meat from the oven. Ribs like these won’t be done until they hit a temperature of about 203°F (95°C), so stick the probe into the thickest part of the largest rib and set the high-temp alarm. When it sounds, verify the temperature with your Thermapen® ONE, which will tell you if there are any lower readings, but will also let you feel the tenderness of the meat.

A note on flavoring short ribs

This recipe is heavily influenced by Asian flavors and ingredients, made intriguing with star anise and lemongrass as well as ginger and hoisin sauce. I love it. Serve it over a bed of good steamed rice with sauteed greens and spooned over with more dark sauce from the braising pan and you’ll be incredibly satisfied.

But if you don’t feel like having those Asian flavors, you can do this any way you like. Use celery, carrot, and onion; use fennel bulb and tomatoes; use red wine or brown ale or rich homemade beef stock instead of soy sauce. The thermal principles remain the same, no matter what flavors you throw at it.

I love cooking like this. I look forward every year to braising season and now that it’s here I’m excited to take advantage of it. I hope you will too! This braise of beef short ribs is a fantastic way to not only get through but even celebrate a season of cold. Use your thermal knowledge in tandem with your ChefAlarm to get amazing results your first time making this and every time. Happy winter. Happy cooking.

Have green onions and chopped cilantro for serving 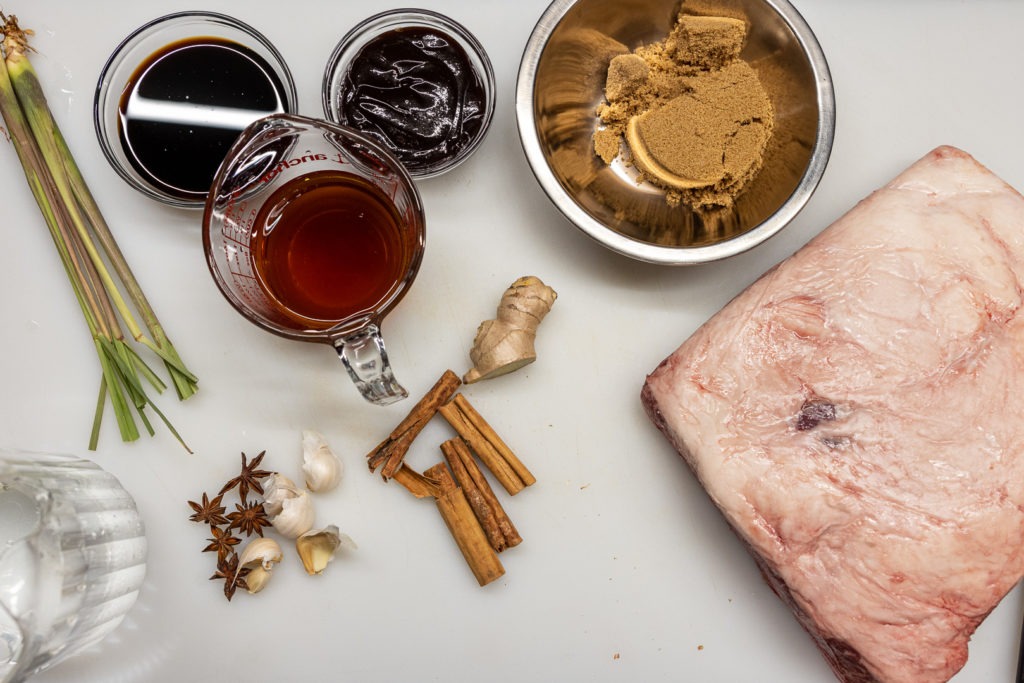 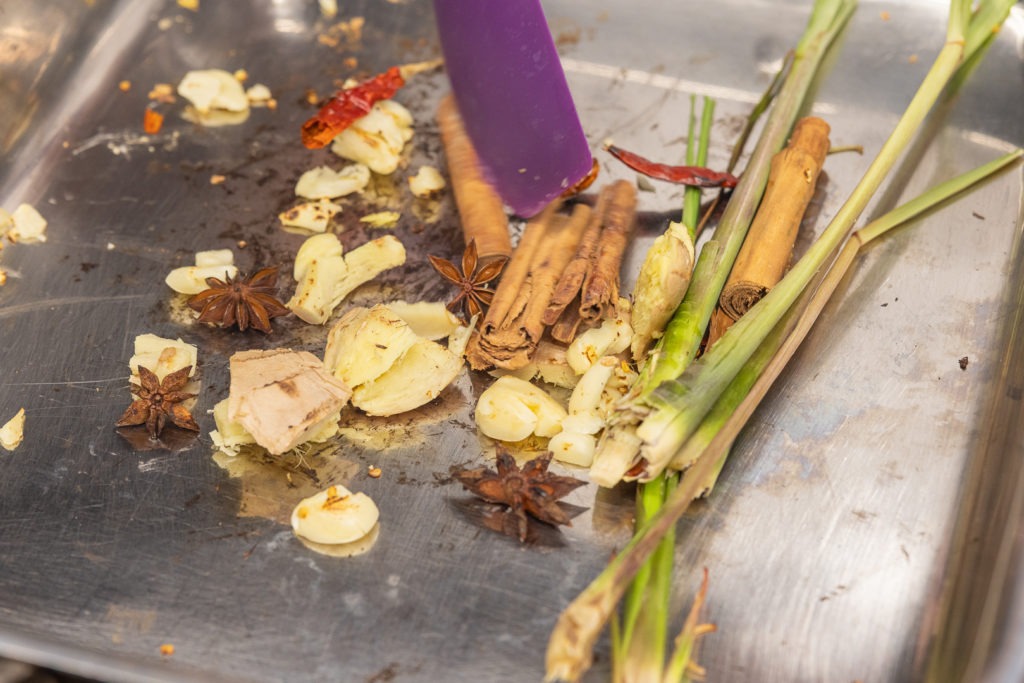 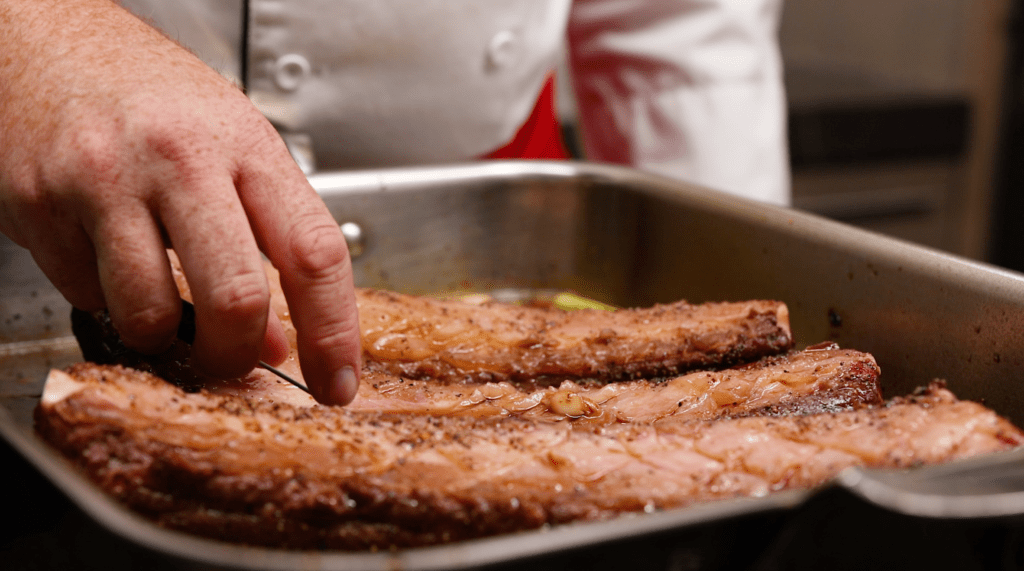 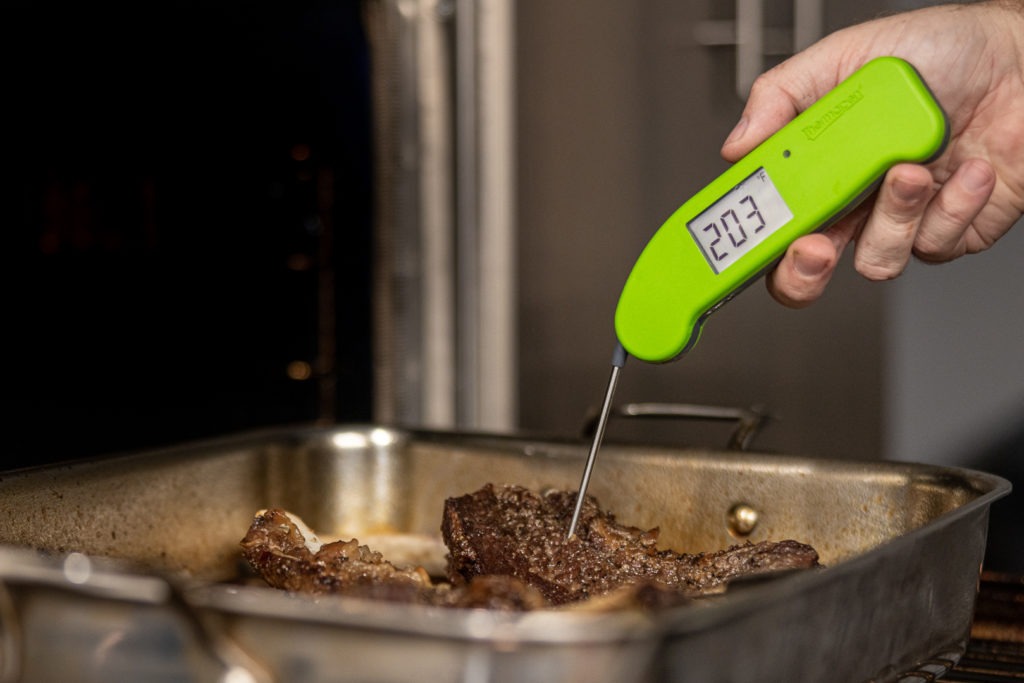