In 1902, an olive-drab Napier – traveling at a blistering 32 mph – crossed the finish line in Innsbruck, Austria to claim victory for Great Britain in the Gordon Bennett Cup. The three-day, 11-hour race took drivers 351 miles from Paris, France to the finish line at Innsbruck, where Selwyn Edge was the only driver to finish the race.

Edge’s victory set the stage for the 1903 Gordon Bennett to be held in Ireland (then a member of the United Kingdom), and saw the emergence of what was to become the fastest color on four wheels. 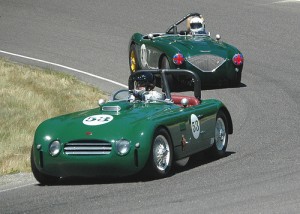 colors. Although Great Britain flew the red, white and blue (colors that had already been taken by Italy, Germany and France – respectively), they had to choose another color. They chose to pay homage to their Irish hosts by painting their race cars a Shamrock green.

The color continued to be used throughout the 1920s by Bentley – in the Le Mans 24-hour race – and by the Bugatti in the Monaco Grand Prix. 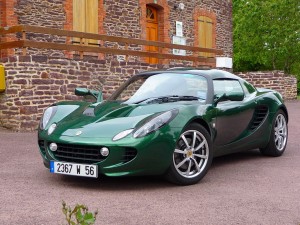 The color officially became known as British Racing Green in the 1950s and 60s when British teams such as Vanwall, Cooper, Lotus and BRM were successful in Formula One. Today the color is still used by many British racing teams and is even a popular choice for British sports and luxury cars.

Last week, the fastest color in the British Isles crossed the pond and landed in America. The 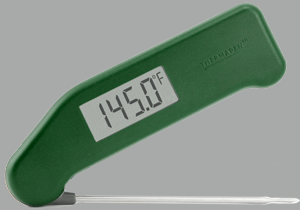 ThermoWorks Thermapen is actually manufactured in England by ETI Limited. The managing director dubbed the newest color – British Racing Green – to not only pay homage to the early days of international European racing, but to answer the call from many Thermapen users for a more “manly” green.

Whether you call it forest, hunter, army or simply “dark green,” British Racing Green might prove to be the fastest Thermapen yet.