Home » Thermal Tips: Pork Carnitas
Author: Martin Earl
The traditional cooking method for pork carnitas utilizes tough pork shoulder and turns it into meat that’s brown and crisp on the outside and tender and juicy on the inside. We’ve done the research and have the key temps you need that will transform your next taco night. 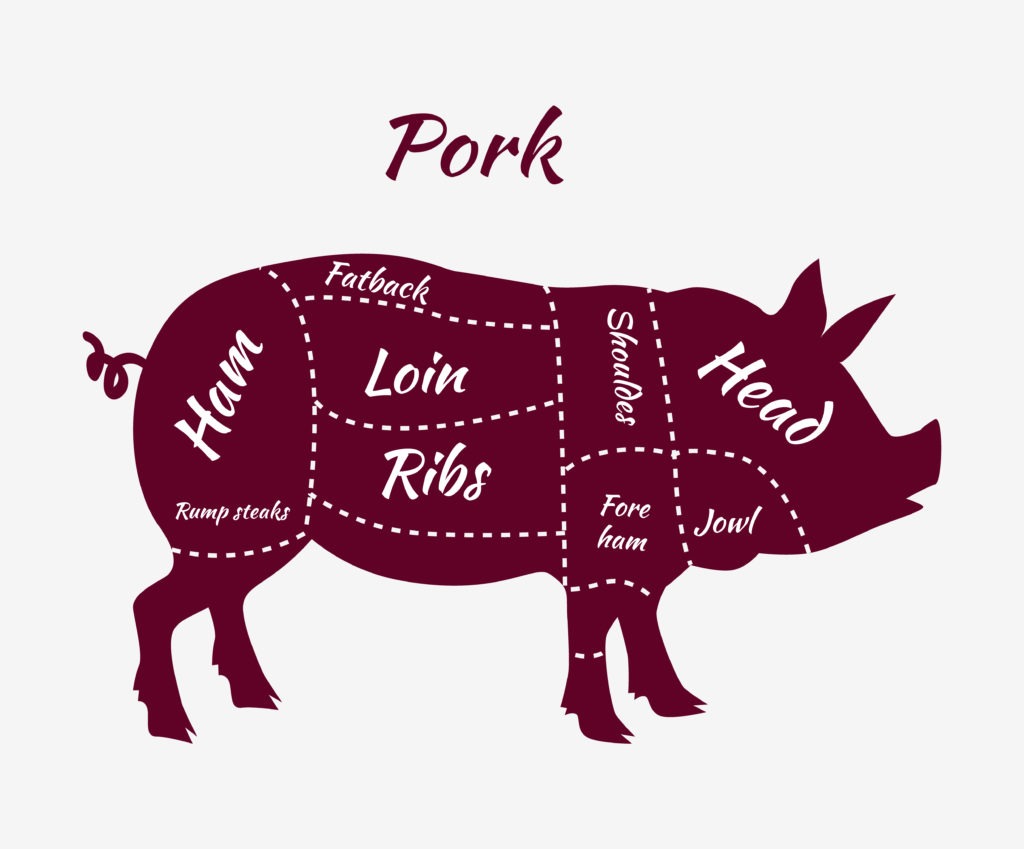 Pork shoulder is a heavily worked muscle with a web of connective tissue in the tough protein. Low and slow cooking is essential to slowly cook the protein and dissolve the connective tissue into succulent gelatin (for more information on this cut, check out our Smoked Pulled Pork post).

The traditional way to cook a pork shoulder for carnitas is in enough lard to immerse the meat—depending on how much pork is being cooked, it can be gallons of lard. The method of cooking things immersed in fat is known as confit (pronounced kon-FEE).
Confit is a method of cooking in fat at a low temperature that has been used for hundreds of years. It allows for a very tender, juicy result. But why? The answer is in the thermal properties of fat.

Confit is to deep fat frying what barbecue is to grilling. Low and slow versus fast and furious. —Kenji Lopez-Alt

More Tender and Juicy Through Science:

Fats and oils have about half the heat capacity of water, meaning heat energy transfers much more efficiently through water than oil. Oils heat up faster initially, but water can retain more heat energy than oil over time. Heat energy traveling through fat to meat will do so more slowly—a great benefit for tough cuts of meat that need time to become tender.

Another property of fat is that it’s hydrophobic, or that it repels water. The liquid water inside of meat transfers more easily from the meat into a water-based liquid than through to fat. The slower cook in oil gives the resulting meat a more tender texture, and fat’s hydrophobic quality means more retained moisture. Sounds like a win-win!

The temperature of the confit cooking fat can be as low as 160°F (71°C) to a high of about 200°F (93°C). This low-temperature range isn’t nearly hot enough for the Maillard Reaction (read more about the Maillard Reaction in our post, Thermal Tips: Searing Meat) to occur. For this reason, once the low and slow cook is done, there’s a second cook to give the flavor more depth, and the texture a little bit of crunch.
Carnitas aren’t the same without the crispy browned bits. After cooking and resting, the pork is shredded, then traditionally deep-fried (cooked in oil 350-375°F [177-191°C]) until crisp and golden. The method below crisps the meat without it cooking in oil twice.


How to Cook Pork Carnitas

We decided to experiment with two different batches of carnitas: One authentically cooked low and slow in lard, and another cooked in the same pot, the same oven at the same temperature, but cooked in chicken stock rather than lard. We cooked the pork in a Dutch oven in the oven at a temperature of 275°F (135°C).

At that cooking temperature the chicken stock would surely reach its terminal boiling temperature, right? Not so. Because of evaporative cooling, the air circulating inside the oven will not transfer the amount of energy needed for the molecules in the cooking liquid to jump to the surface. Water left uncovered in a 275°F (135°C) oven will never exceed 185°F (85°C). Our pot was covered tightly with aluminum foil—but was not airtight. The chicken stock reached a high of 203°F (95°C), as did the lard.

The pork in both batches was fork-tender once it reached 200°F (93°C). Even though the cooking media came to the same temperature, the water-based liquid contained more energy, transferring heat more quickly to the meat, and the pork cooked in chicken stock finished 15 minutes faster than the pork cooked in lard. No surprise there.

As anticipated, the meat cooked in lard was tender and silky, while the pork cooked in stock was drier and a bit stringy. The heat transfer properties of water and oil clearly affected the final outcome of the recipe.

In his article titled The Food Lab: The Best Way to Make Carnitas (Without a Bucket of Lard), Kenji gives a great alternative to the traditional method of cooking carnitas with lard without compromising flavor and texture. He fits all of the ingredients into a dish tightly so the meat can cook in its own fat as it renders, and requires less oil or stock to cook, rather than loading the pan with lard.

Rather than cooking the roast whole when preparing carnitas, the meat is cut into large 2″ (5 cm) cubes prior to cooking. This exposes more surface area to the cooking medium, allowing each piece’s internal temperature to increase much faster than if the pork shoulder was left whole. Cubing the meat also makes for speedy shredding after cooking.

This crispy-tender meat is best eaten fresh and can be used to make tamales and enchiladas as well as carnitas. Serve with warmed tortillas, salsa verde, avocados, radishes, and cilantro. 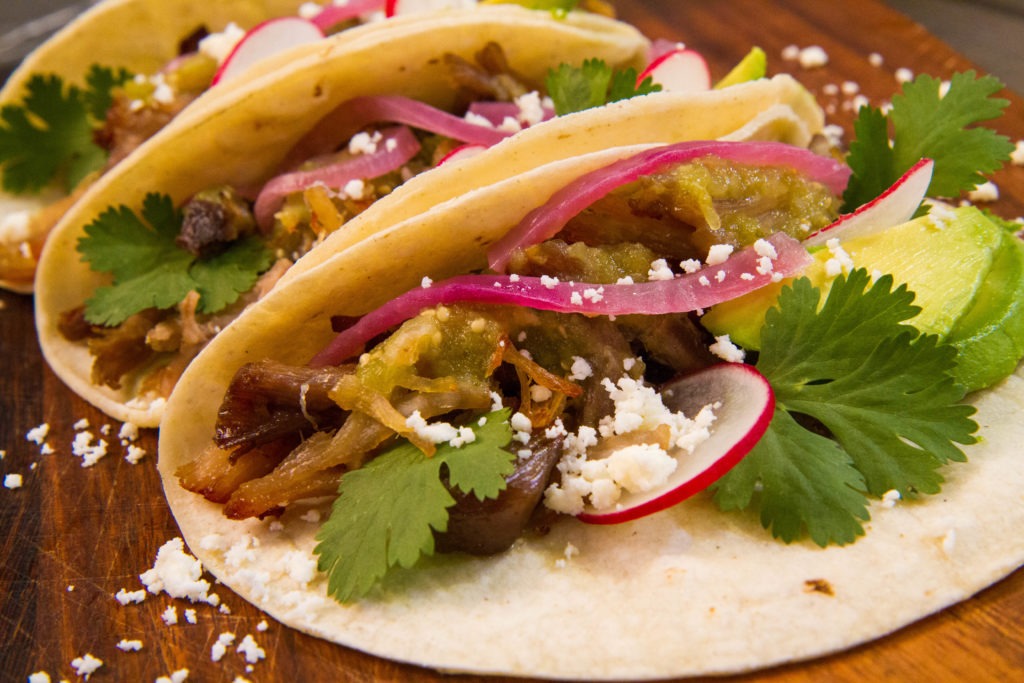 As pointed out by Kenji in his article, and as we found out in our experimenting, slow cooking in fat really does make a difference! There are quite a few methods out there for making carnitas—choose the one that suits you best.
Thanks to this pan-crowding method and precise temperature tracking with a ChefAlarm and needle probe, it’s possible to make authentically crispy/tender carnitas without a bucket of lard. Give this a try on your next taco night!
Products Used:
Resources:
The Food Lab: The Best Way to Make Carnitas (Without a Bucket of Lard!), Serious Eats
On Food and Cooking, Harold McGgee
The Science of Confit Cooking, The Science of Cooking