You may have noticed that this blog tends to speak a lot in superlatives: “the best steak,” “your new favorite,” and “best cut of beef” are all things you can find here. There’s a good reason for it, though. We try to only publish something that’s going to be fantastic, especially if you follow the thermal advice that we stress.

What I hope, though—beyond my hope that you are eating better because of what you read here—is that all those superlatives don’t undercut each other and undermine this next superlative:

There is no soup better than Vietnamese pho.

Yes, other soups can be as good—prime examples that come to mind include carefully made real ramen, Mexican posole, Thai tom kha, and homemade matzo ball soup. But none of these is better than pho. Especially in winter, when you’re fighting a head cold, a cold front, or just the cold dread of creeping existential uncertainty, there is absolutely nothing better than a bowl of hot, fragrant, soothing pho.

If you’ve ever had this masterful creation, you know. If not, then the time has certainly come! Here, I want to lay out a fantastic method, originated by J. Kenji López-alt at SeriousEats.com, for one-hour pho. I also want to talk about some thermal principles that can put your mind at ease when it comes to one of my favorite parts of pho: the sliced raw meat that barely cooks in the hot broth. Hungry? Let’s dig in.

Pho is a broth-based soup, originally from the northern regions of Vietnam. It is warmly seasoned with cinnamon, fennel, cloves, and star anise. The broth has no cream or milk, but is nonetheless rich and unctuous with a gentle layer of fat floating atop and loads of gelatin within. It is served with rice noodles (noodle variety varies by region and style) and is usually accompanied by limes, bean sprouts, hoisin sauce, thin-sliced onion, and fresh herbs which are torn by the eater and mixed into the soup right before it is eaten.

Oh, and there’s meat. Pho is often served with meatballs, sliced cooked brisket (don’t be afraid to try it with smoked brisket, though it isn’t traditional), and, as mentioned above, raw sliced beef that is added to the bowl to be cooked by the hot broth.

The result is a fragrant symphony of unparalleled restorative goodness.

How to make pho faster

Traditionally, pho is cooked for hours and hours, slowly simmering the gelatin from beef bones into the liquid, and we do recommend you take a Saturday sometime and try that method; it is very rewarding. But Kenji has shown that a very good pho can be accomplished in much less time if one thinks analytically about what makes pho great.

Rather than depend on slow seeping of large cuts, Kenji opts for a fast cook with meat that is, in essence, ground. He starts with collagen-rich beef chuck and chicken wings, chops and grinds them to a pasty consistency, then uses the french consommé method for creating a strong, clear broth. The chopped meat has more surface area and can therefore leach its gelatin out more quickly. To make up for any loss of gelatinous goodness, he also adds plain gelatin to the broth. The whole simmering process takes only about an hour, and the results are very tasty.

Is the raw meat in pho safe?

The first time I ate pho I was a little freaked out by the slices of raw beef that came to table with the very large bowl of broth and noodles. Was this going to be ok?

When making pho at home, you can certainly check to make sure it’s safe. When you’re assembling your bowl of pho, take the temperature of the broth before ladling it out. You want a temperature that’s pretty close to boiling to make sure there’s enough heat to stay hot in your bowl and cook the slices of meat.

Thermapen® ONE is great for temping your pho for two reasons. Not only is it fast and accurate, giving you a true temp for your broth well before a dial thermometer can give you a wrong result, but its tiny sensor in the tip can even take the temperature inside the thin slices of meat swimming in the broth.

Our pho broth cooled instantly when it hit the bowl, but was still hot enough to cook our beef to medium-well. While we generally prefer our steak done to medium-rare, this meat was supple and tender and, we know, very safe. If you want your meat cooked a little less, you can let the broth cool more or add the noodles to the bowl to suck up some of the heat from the broth.

You might not need to use a Thermapen every time you make it, but give it a try to see how well the meat cooks. You can play with different broth temperatures, different thicknesses of meat, different proportions. When you nail it down just right, you can write it in your recipe and get consistent results every time. It is, at the very least, a fun cooking-science experiment.

Making something as marvelously delicious as pho is incredibly rewarding. It makes your house smell amazing and, well, you end up with pho! Make this to feel better, make it to prove that you can, make it to have fun playing with temperature in your own kitchen. Make it and be rewarded with one of the world’s greatest dishes. Happy cooking! 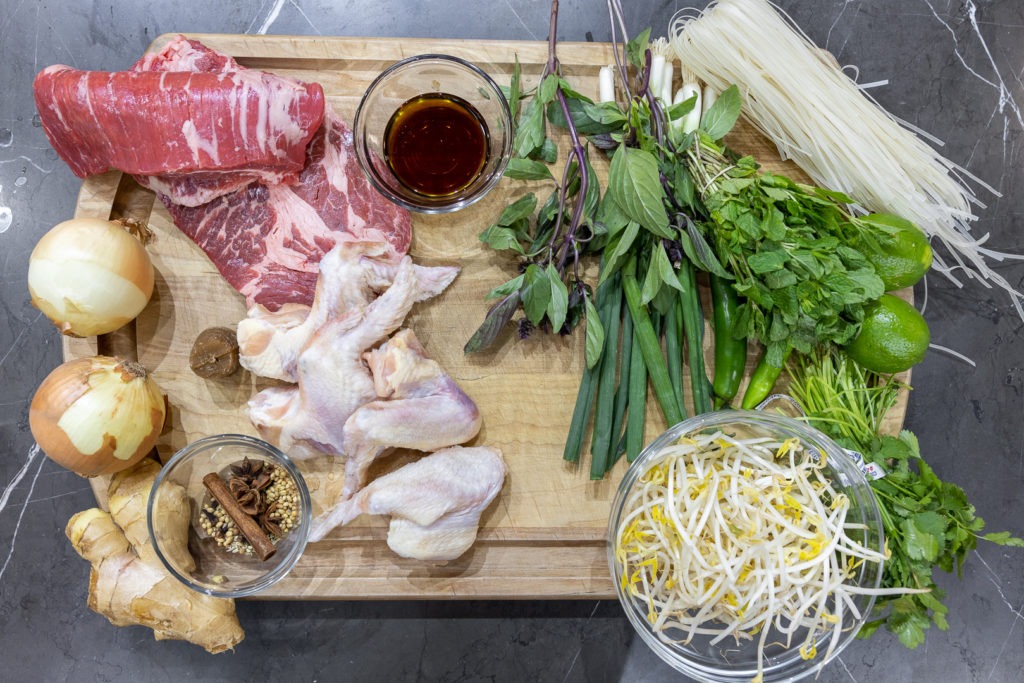 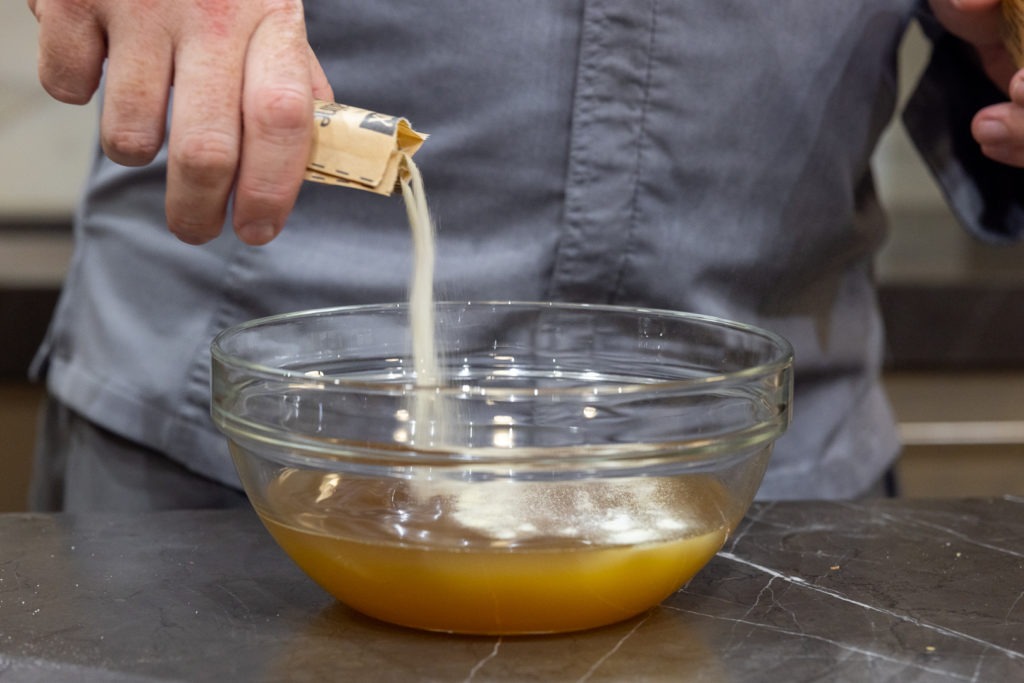 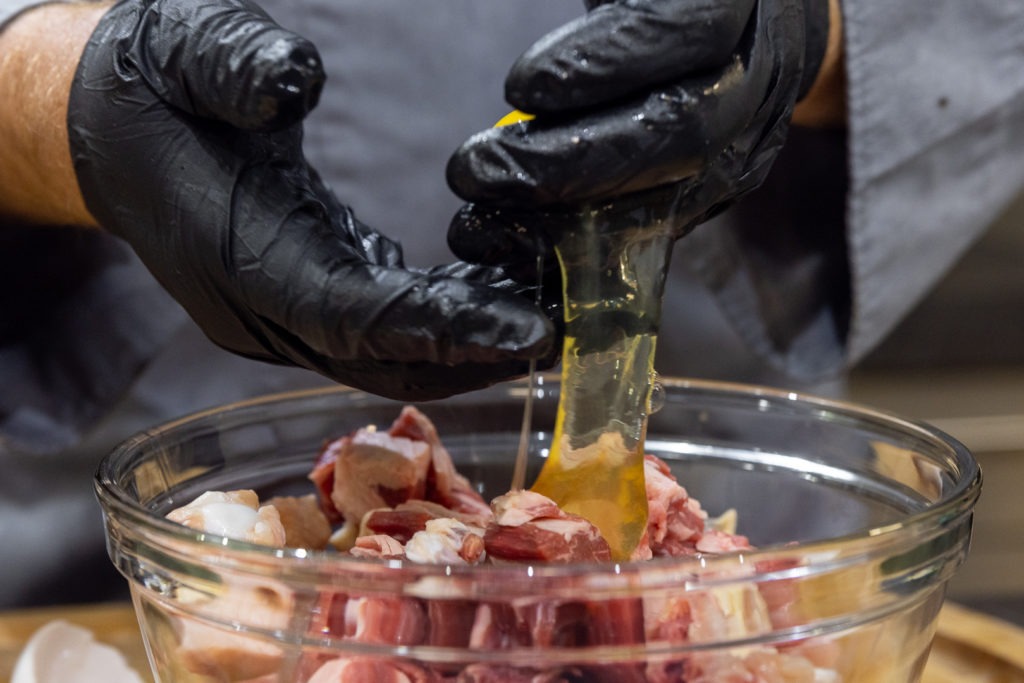 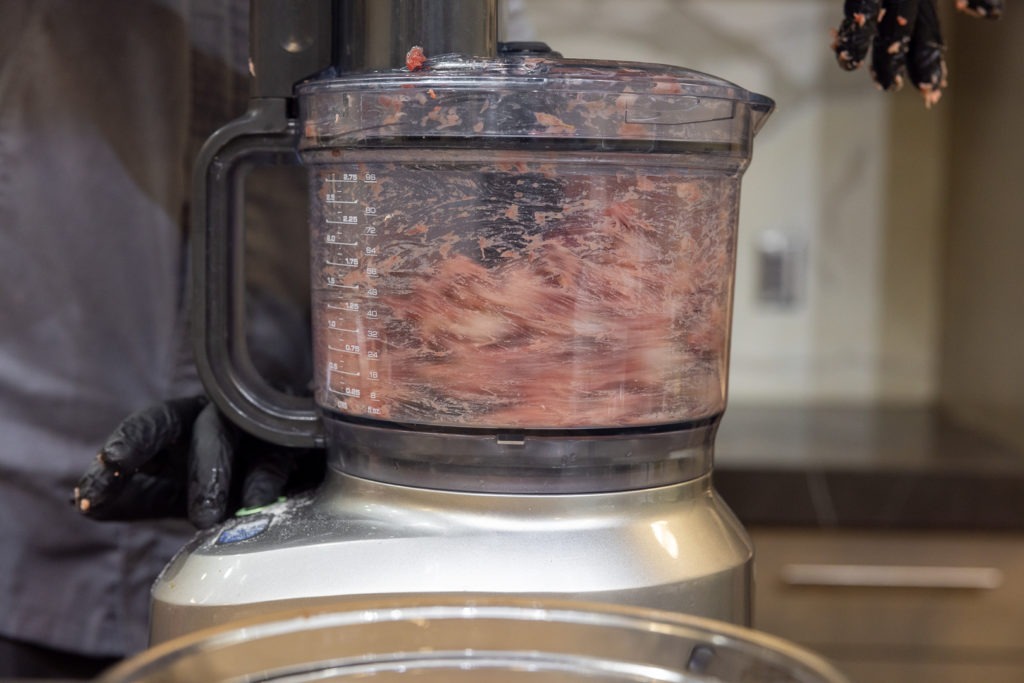 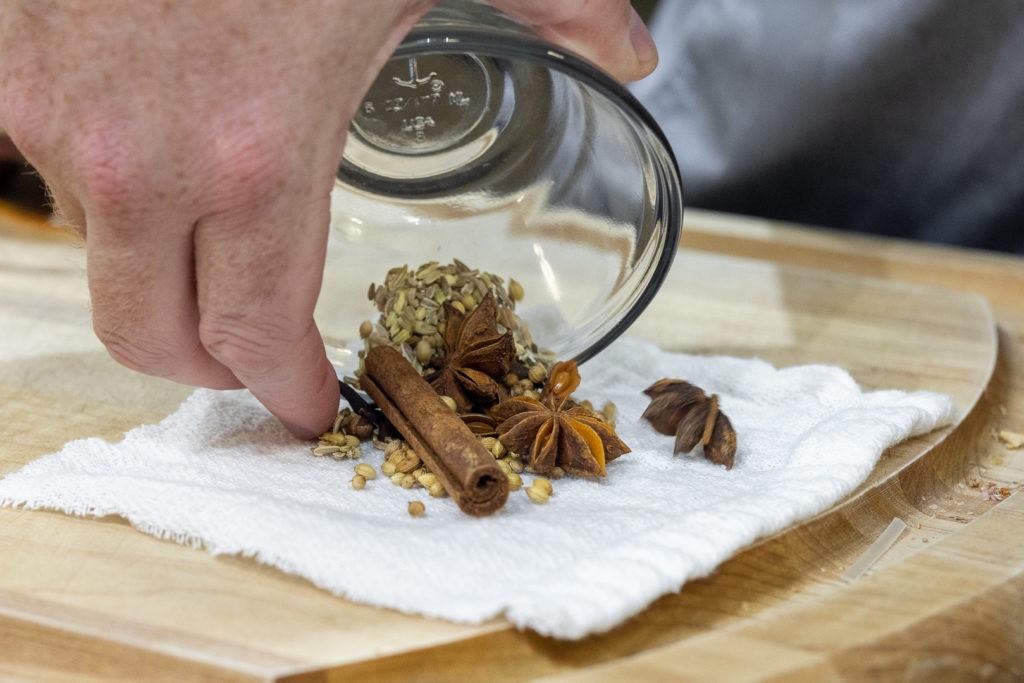 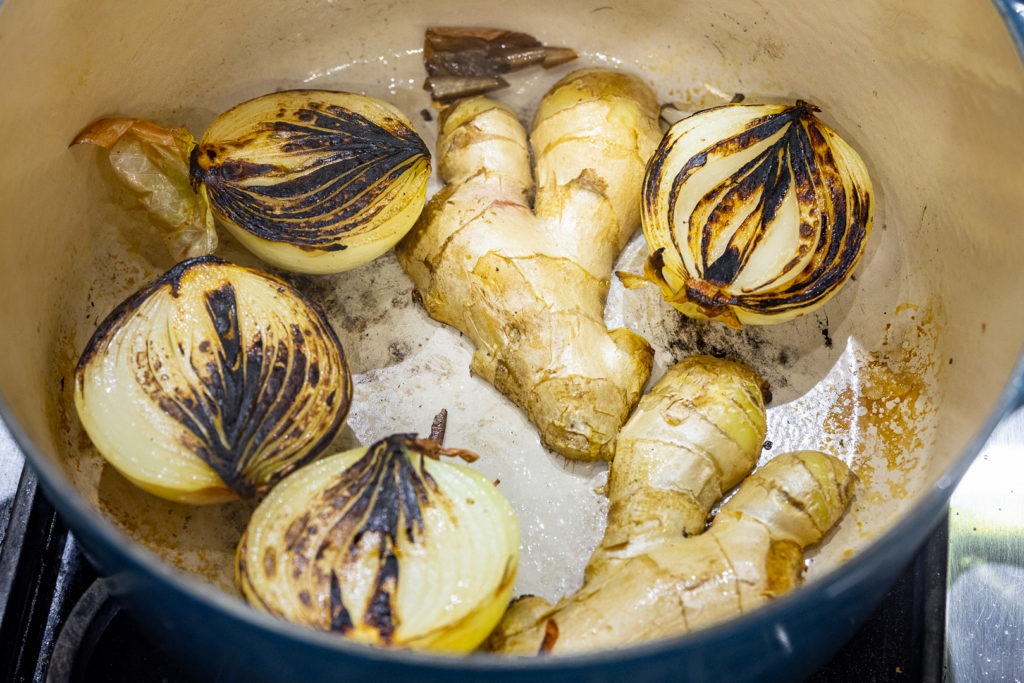 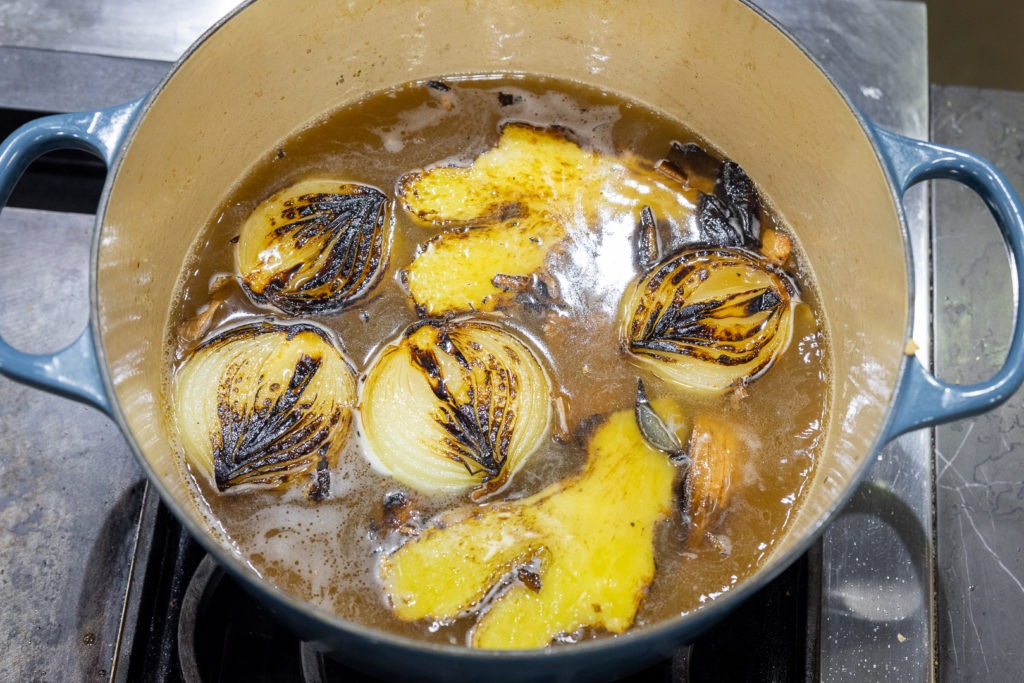 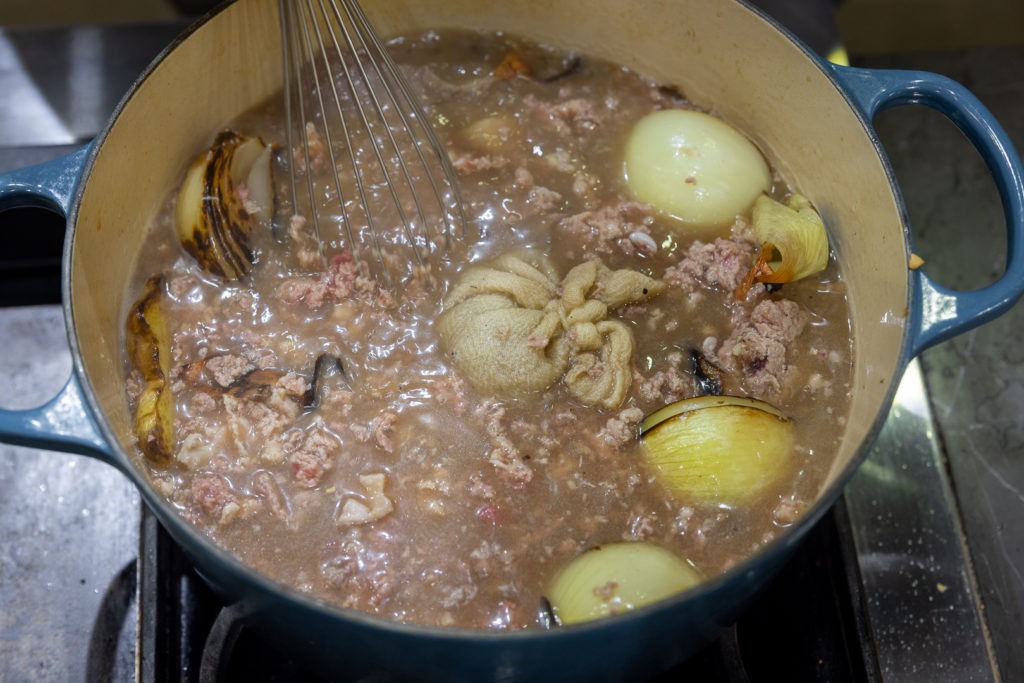 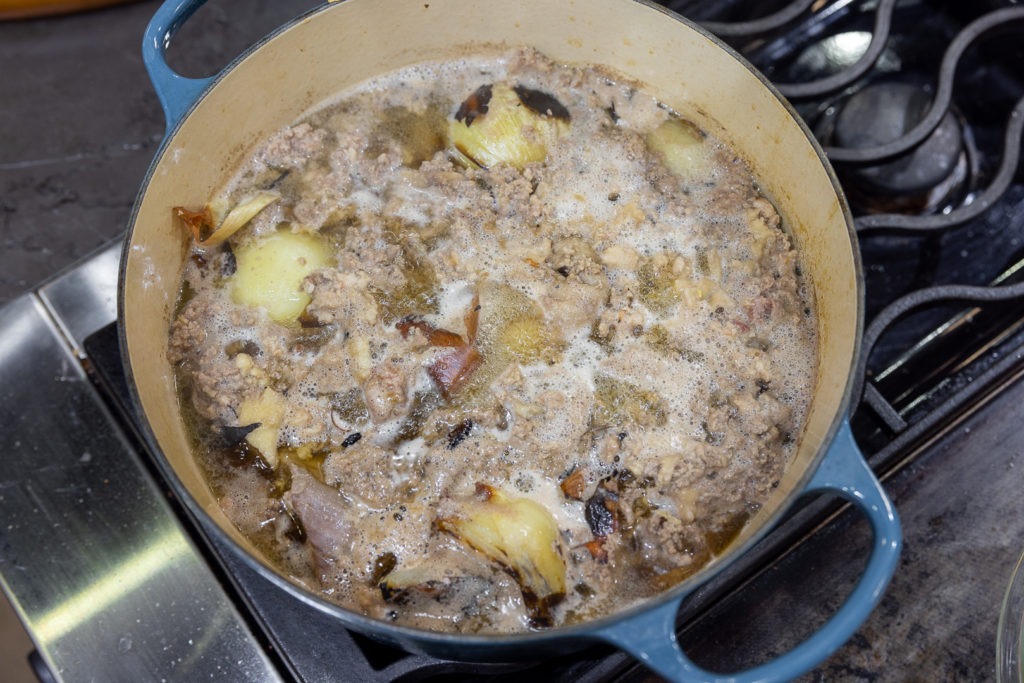 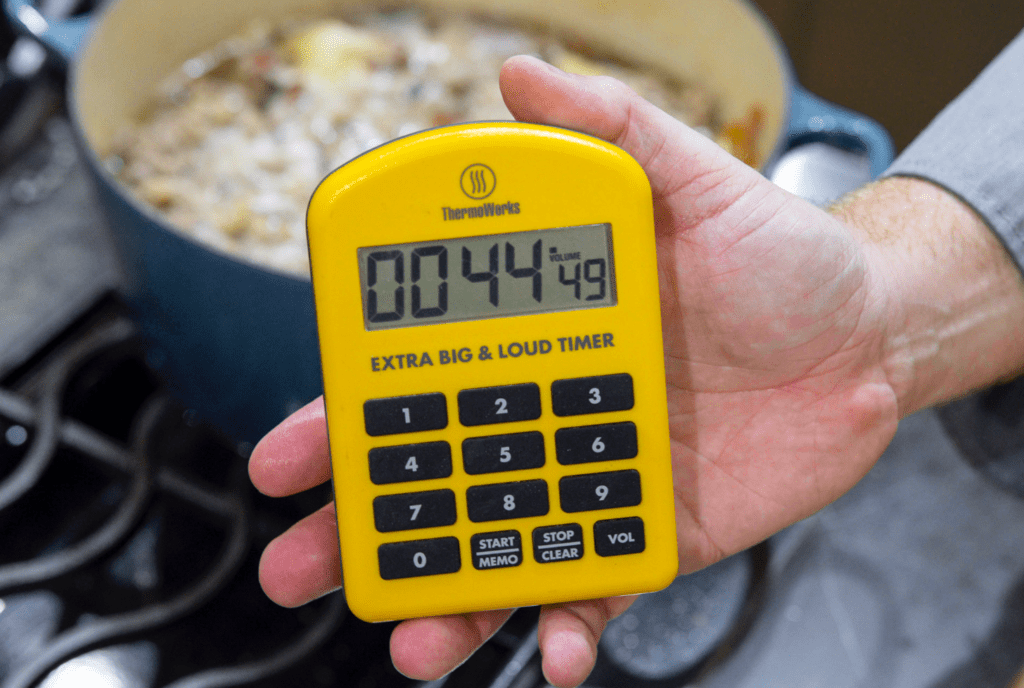 Strain broth and prepare for service 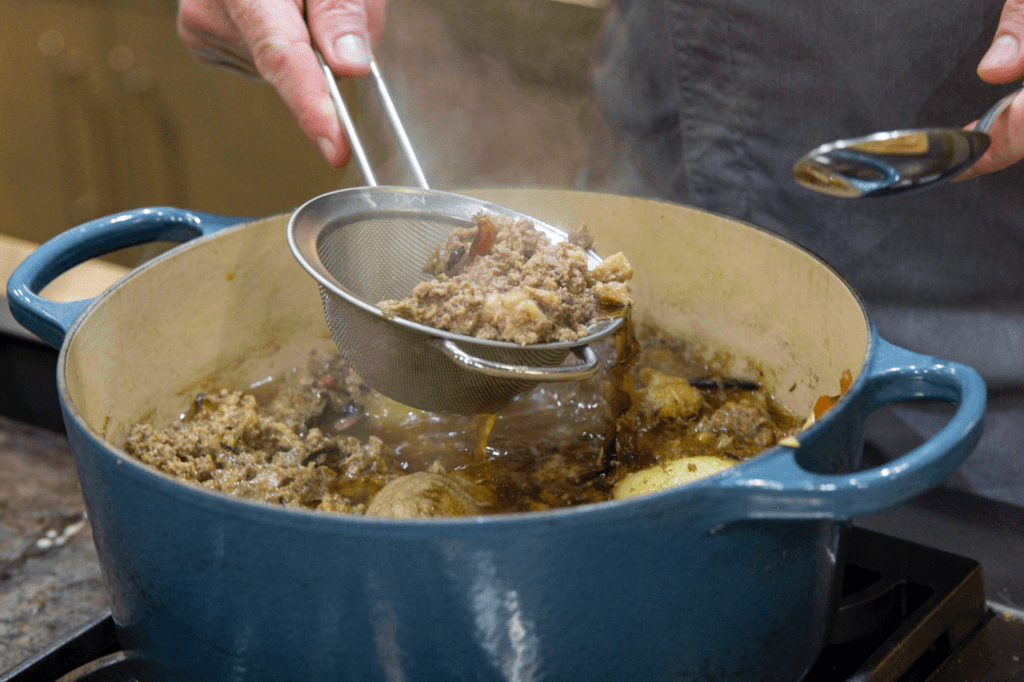 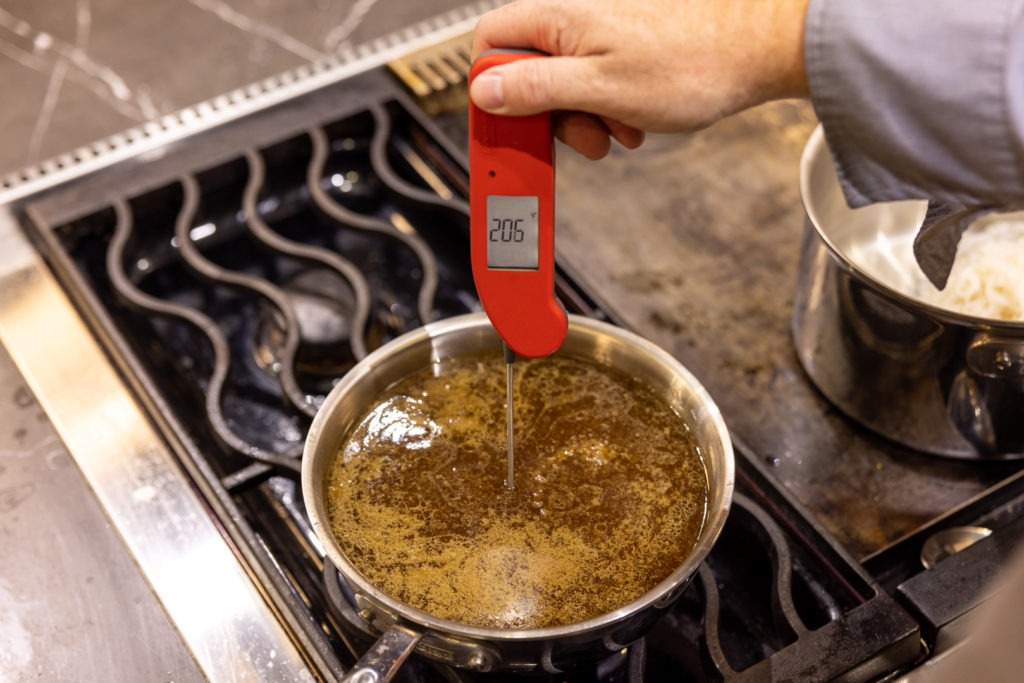 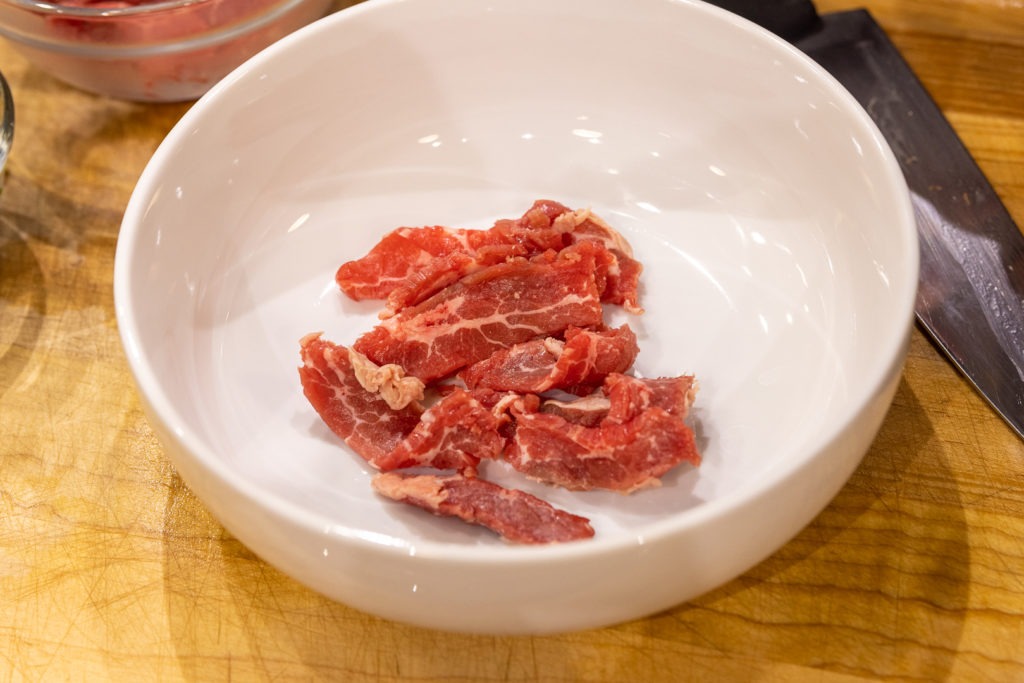 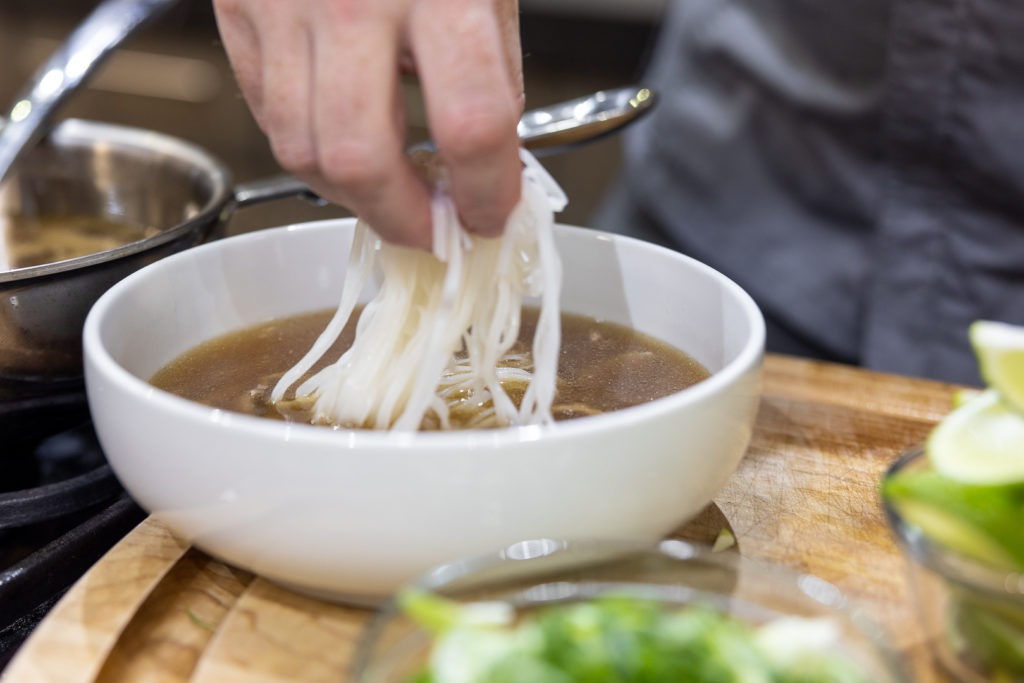 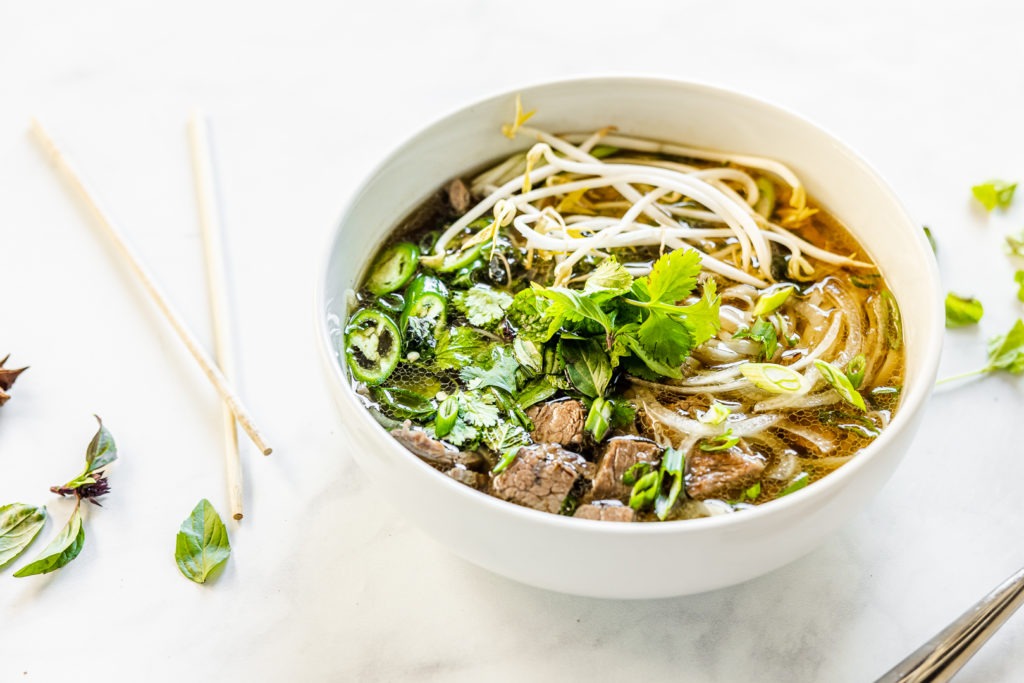 There will be no leftovers. Maybe double the batch next time?

The broth can be made ahead of time in large batches if you like. Then you can just boil it up, temp it, and serve it.